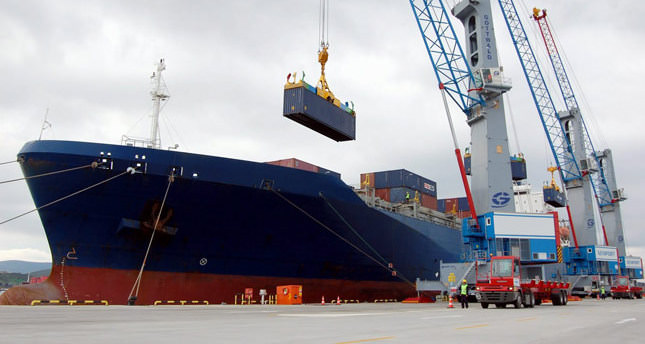 The chairman of the Turkish Exporters' Assembly (TİM) Mehmet Büyükekşi has claimed that about 73 percent of exporters expect a decline to be reflected in energy costs due to the decline in crude oil prices. Furthermore, the percentage of exporters expecting an increase in energy costs has declined from 59 percent to 48 percent. He added that despite the geopolitical crisis and the shrinkage observed in the European Union market, Turkish exporters have been striving to enter new markets in the last quarter of 2014. With many focusing on big markets with high volumes, 44 percent of exporters have noted an entry into new markets. Russia was named as the most targeted market, followed by the U.S. and then Argentina, African countries, Iraq and Iran, which are also increasingly being preferred as target markets by Turkish exporters.

Speaking at a meeting organized to announce the results of "TİM's Realization in 2014, 4th Quarter and Expectation in 2015, 1st Quarter Survey," Büyükekşi said that while it expected 38.6 percent of exporters to increase their exports in January-March, 2015, the exporters are still faced with three main problems: high input costs, energy and raw material prices. He further noted that exporters are requesting an improvement in input prices against the price and profitability pressure caused by the decreasing foreign exchange indexes. Yet, Ekşioğlu announced that the number of exporter companies expecting an increase in input costs, costs of imported raw material and energy input costs are on the decline. Particularly with the 15-percent increase in companies expecting the energy input prices to decrease, estimates predict that there will be a decrease in input costs.

"Exporters should take precautions against the foreign exchange rates risks, focusing more on their own activities, operating profits and should not base their profits on the speculative fluctuations in foreign exchange rates," said Büyükekşi. He also pointed out that exporters have created 70,000 new employment opportunities in the fourth quarter of 2014, and around 80,000 new opportunities are estimated to be created in the first quarter of 2015.

Companies that applied for external financing increased to 44.8 percent, a record high in the last quarter of 2014, and the trend is expected to continue in 2015. In light of this, Ekşioğlu underlined the importance of creating new financing opportunities.

Noting that the opinions and observations of exporters regarding the First Group Plans under Preferential Transformation Programs have been sought, Ekşioğlu revealed that 78 percent of the exporters believe that the "Program for Decreasing Dependency on Imports" as the most preferential program, while 60 percent think that the "Program for Increasing Energy Efficiency" is the most crucial among the nine programs announced.