US stocks drift lower after drop in durable goods 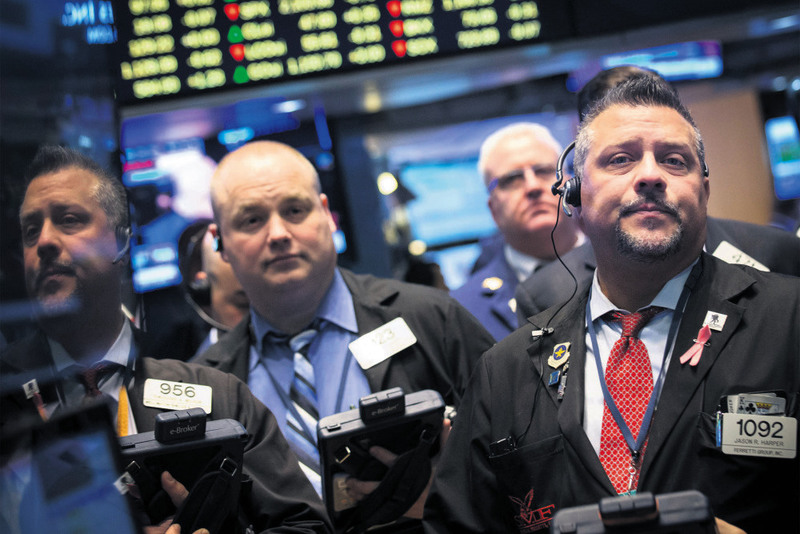 H.J. Heinz and Kraft Foods announced plans to merge in a deal that would create one of the world's largest food companies. The merger was engineered by Heinz's owners, Warren Buffett's Berkshire Hathaway and Brazilian investment firm 3G Capital, and still needs a nod from federal regulators and Kraft shareholders. Kraft's stock shot up $19.88, or 32 percent, to $81.16 early in the day. Orders to U.S. factories for long-lasting manufactured goods fell in February for the third time in four months. The Commerce Department reported that orders for durable goods dropped 1.4 percent, as demand for commercial aircraft, cars and machinery waned. "You can put this durables report into your Surprise Index as it missed market expectations," said Christopher Rupkey, chief financial economist at MUFG Union Bank, in a note to clients. "But more importantly it is another piece of data that shows the real GDP economy is running 2 percent and not 3 percent." In China, manufacturing activity slumped to the lowest in 11-months, according to HSBC's preliminary purchasing managers' index. In Europe, a key survey showed German business confidence rose for a fifth month. Major indexes in Europe headed for losses. Germany's DAX dropped 0.4 percent, and France's CAC 40 dropped 0.8 percent. Britain's FTSE 100 slipped 0.1 percent.

"It remains to be seen whether we are going through a period of equilibrium, where bulls and bears even each other out, or simply a period where traders are happy to ride out the end of a good quarter by staying on the sidelines," said Nicholas Teo of CMC Markets in Singapore, in a commentary. Japan's benchmark Nikkei 225 index reversed earlier losses to close with a gain of 0.2 percent while South Korea's Kospi rose less than 0.1 percent. In China, Hong Kong's Hang Seng climbed 0.5 percent while the Shanghai Composite Index on the mainland lost 0.8 percent. Australia's S&P/ASX 200 finished up less than 0.1 percent, just off its highest level in more than seven years.
Last Update: Mar 26, 2015 2:19 am
RELATED TOPICS