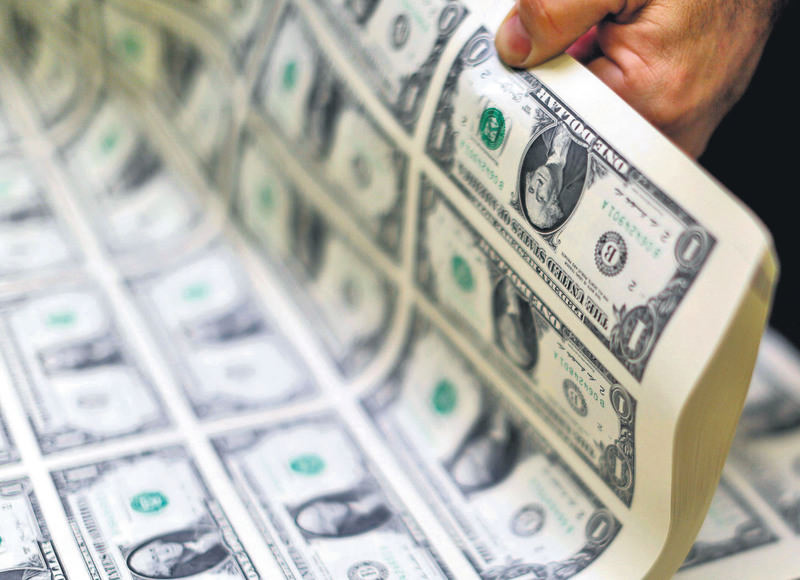 by daily sabah Apr 03, 2015 12:00 am
Oxford Economics has warned that the most fragile countries against the rise in the dollar are Malaysia, Chile, Turkey, Venezuela and Russia and that such a rise is threatening many developing markets.

The value of the dollar according to its use in trade increased by 12 percent between June 2014 and March 2015, and Oxford Economics indicated that this as a very rare situation. It also stated that similar rises were experienced during the 2008-2009 economic crises, at the end of the 1990s and the beginning of the 2000s. Senior Economist Adam Slater of Oxford Economics stated that since the rise of the dollar depreciates other currencies, developing economies might benefit; however, strong dollar exchange rates damage growth in developing economies. "The increase in dollar-based loan burden, decrease of prices of goods and decline in capital entries are some of the dangers of the high dollar exchange rates that can be observed in developing countries," wrote Slater in his related report. Due to the weakening national currencies of developing countries, monetary tightening policies will be applied, and further, funds in developing countries will prefer American assets instead according to Slater's report.

The report noted that the least fragile developing countries against the rise in dollar exchange rates are South Korea, Taiwan, China, India and the Philippines.
Last Update: Apr 03, 2015 2:14 am
RELATED TOPICS