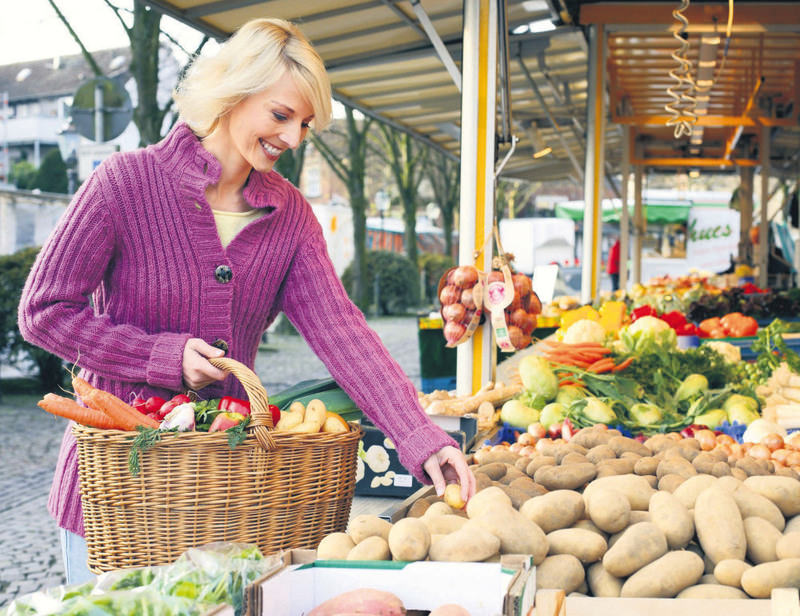 by daily sabah Apr 23, 2015 12:00 am
The Ministry of Food, Agriculture and Livestock has launched an initiative to prevent food prices from rising and to support farmers and producers who are overwhelmed by the high fees of commission agents. District bazaars will be allocated for producers for one day a week so that they can sell their own yields without using a commission agent. Farmers themselves, for example, will be able to sell their potatoes that they produce directly to customers in bazaars. In this way, both producers who complain about not making enough profit, and consumers who complain about buying things at high prices will benefit. When commission agents do not come in between, producers will make more profit and consumers will be able to access healthy food at reasonable prices. According to the information compiled by Daily Sabah, the plan that aims to establish an open-air market in every district was detailed in the Food and Agricultural Products Markets Monitoring and Evaluation Committee report, which was issued after the group's early April gathering. It was said in the meeting that producers should be supported directly as a solution to falling production, which is one of the most important reasons for rising food prices. The committee suggested supporting producers by allocating districts bazaars to producers on certain days.

Considering the suggestion of the committee, the Ministry of Food, Agriculture and Livestock aims to increase the application of the Market Code, which states "20 percent of the total selling space will be used as a special selling place." Also, the issue of regularly allocating 20 percent of district bazaars to producers is involved in the new plan. The main measurement that is being given huge importance is the ability to apply open-air markets all across Turkey on a regular basis.
Last Update: Apr 23, 2015 11:17 pm
RELATED TOPICS