France's economic patriotism is not what it seems 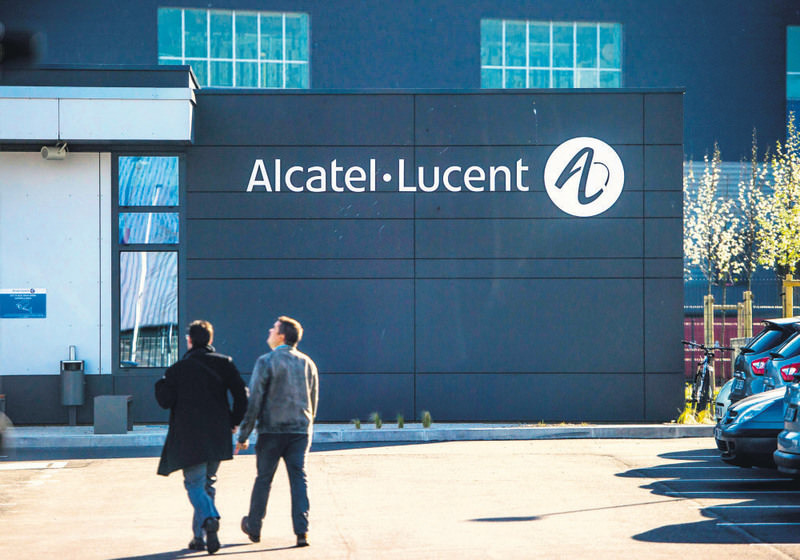 by reuters Apr 24, 2015 12:00 am
A decree extended state veto powers on foreign bids to more sectors deemed strategic last year and legislation taking effect this year encourages double-voting rights for the state and other long-term shareholders. Economy Minister Emmanuel Macron spoke last month of "the determination and the ability of the state to use all weapons available to investors" to help France's industry and further the Socialist government's main goal of job creation. But behind the talk and the defensive rules, Thomson Reuters data show the 2014 value of announced merger and acquisition deals by foreign bidders in France was about $104 billion - more than any other top 10 world economy bar the United States - albeit as a result of a couple of particularly large deals. Part of the 'Loi Florange', a law named after a steelworks and designed to keep industry alive and at home, gives those who have held stock for more than two years double-voting rights unless a two-thirds majority votes for one-share-one-vote. It favours holders of large blocks of stock and investors fear it could drag on share valuations and tie management hands. It could certainly block an all-out bidder, but the state is not always the beneficiary. Corporate raider Vincent Bollore has used the tool to tighten his grip on media group Vivendi. And double voting is already in place in most French blue chips and has been a way of rewarding loyal investors since the 1960s. Companies likely to adopt it are fairly bid-proof already. Moreover, the government's real aim in at least one such bid-proof case - that of utility GDF-Suez - was to sell part of its 33 percent holdings without losing influence, not to add more takeover protection. The government has declared it wants to ease its debt load by selling off 5-10 billion euros' worth of state holdings. French cement group Lafarge, which has both double voting and dominant shareholders, is about to be acquired by Holcim of Switzerland. Club Med, bought last year by China's Fosun, and Steria, acquired in an all-French deal by Sopra, also had double voting rights. "The law will crystallize some positions and it might render some transactions harder to achieve, but ... the 2014 transactions figures that relate to companies that had double voting rights in place show that this did not hold true at least for the most recent months," said David Revcolevschi of international law firm Paul Hastings. For him, a recovering market, weakening euro and the presence of industry consolidation candidates are the main drivers for international interest this year.

Traders in Paris say possible takeover targets include Vallourec and CGG in the energy sector and pharma players Genfit and Innate Pharma. On broader protectionism issues in strategic industries, Revcolevschi added: "I don't think this (in France) is really different from what you would have in the U.S." Certainly there is little evidence the extension of state veto powers after U.S-based General Electric's swoop on engineering group Alstom is slowing the flow of deals.

Telecoms were covered by the decree, yet the government bowed quickly to Nokia's 15.6 billion euro bid for French telecoms gear maker Alcatel-Lucent earlier this month.

President Francois Hollande and Economy Minister Emmanuel Macron boasted of the guarantees they had won for France: No job cuts, and an expansion of research and development activities. In fact, hard business decisions lay behind the move on R&D. French tax credit structures in particular made research costs much lower than in other European countries, according to Alcatel chief Michel Combes. "We met, and the president of the Republic was talking about guarantees on the theme of 'I hope you will develop in France', and we said to him - 'but that's our project'," Combes said. It later emerged that the job cuts promise was only for two years after deal completion, while most of the 500 extra research jobs promised would be graduate recruits.

Last year, there was a lot more fuss over GE's plans to buy Alstom's power arm, but that may say more about the differing styles of former investment banker Macron and his leftist firebrand predecessor Arnaud Montebourg than about hard facts. The U.S. buyer got most of what it wanted in the end, and the acquisition is due to complete this year.

Similarly, the government has stayed quiet as the 2014 'merger' announcement between Holcim and Lafarge looks increasingly like a takeover. Holcim's shareholders have grabbed a bigger majority share in the combined business and ejected Lafarge's boss Bruno Lafont from its CEO seat. Double voting rights are just one type of divergence from the one-share-one-vote structure, and a study by Exane BNP Paribas collating work on what it calls "control enhancing mechanisms" (CEMs) sees greater degrees of distortion in Denmark, Finland and Switzerland, where other types of CEMs such as dual class shares hold sway. And investors are also upset as defence group Safran and the conglomerate Bouygues' use another part of the Florange law to get the right to issue shares defensively in the event of a bid. "The intervention of the state in its role as shareholder needs to be rethought," the CEO of giant French oil firm Total Patrick Pouyanne said last week. Laws and political gestures, in France as in any other country, can influence business aims, but they do not work act in a vacuum, and globalisation has further blunted their effect. The Loi Florange is named after a steelworks, whose workers Hollande had promised to defend in his 2012 election campaign. Since then, 600 people have lost their jobs there, and the Florange furnaces in nearby Hayyange have been closed for the past two years.
Last Update: Apr 24, 2015 11:52 pm
RELATED TOPICS