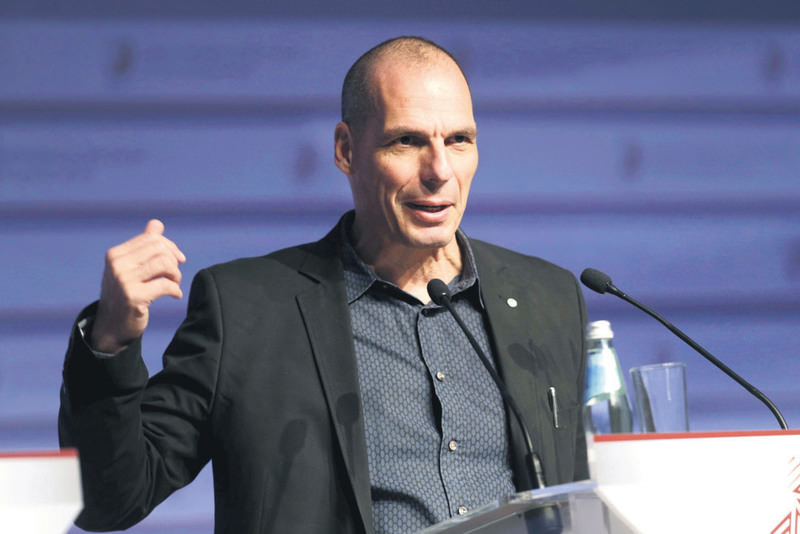 In a blog published on the day when eurozone finance ministers meet in Riga to assess progress on a comprehensive package of reforms, Greek Finance Minister Yanis Varoufakis agreed to some of the creditors' conditions.

"The current disagreements with our partners are not unbridgeable," Varoufakis wrote in the blog. "Our government is eager to rationalize the pension system (for example, by limiting early retirement), proceed with partial privatization of public assets, ...create a fully independent tax commission," he said. Limiting early retirement to make the Greek pension system more sustainable as well as privatisation and a fully independent tax office were among some of the key demands of international creditors for Athens to get more money.

Greece's left-wing government, elected on promises of ending austerity policies, has long opposed these conditions. As a result, negotiations have dragged on since late January without much progress and now Athens is running out of money.

In his blog, Varoufakis conceded the need for reform. "Greece's tax system needs to be revamped, and the revenue authorities must be freed from political and corporate influence," he said. "The pension system is ailing. The economy's credit circuits are broken. The labor market has been devastated by the crisis and is deeply segmented, with productivity growth stalled. Public administration is in urgent need of modernization, and public resources must be used more efficiently," he said. "Overwhelming obstacles block the formation of new companies. Competition in product markets is far too circumscribed. And inequality has reached outrageous levels, preventing society from uniting behind essential reforms," he said, noting no further cuts in wages or pensions was possible. He also rejected the creditors' approach of subordinating primary surplus targets for Greece in the coming years to a predetermined goal of reaching a debt to GDP ratio of around 120 percent in 2020. "The result of this method, in our government's opinion, is an 'austerity trap'," he said.

"Instead, we should map out a forward-looking plan based on reasonable assumptions about the primary surpluses consistent with the rates of output growth, net investment, and export expansion that can stabilize Greece's economy and debt ratio," he said.

"If this means that the debt-to-GDP ratio will be higher than 120 percent in 2020, we devise smart ways to rationalize, re-profile, or restructure the debt - keeping in mind the aim of maximizing the effective present value that will be returned to Greece's creditors," he said. Varoufakis said Greece's approach was not just negotiating tactics but a genuine long-term view. "Our task is to convince our partners that our undertakings are strategic, rather than tactical, and that our logic is sound," he said.
Last Update: Apr 24, 2015 11:15 pm
RELATED TOPICS