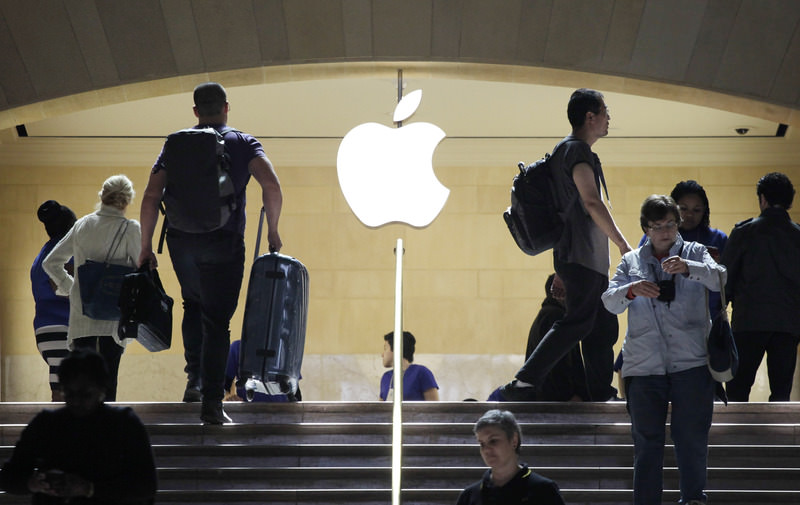 by French Press Agency - AFP Apr 28, 2015 12:00 am
Apple on Monday reported a 33-percent rise in its quarterly profit, lifted by robust sales of its iPhones and a jump in revenue from China.

The California tech giant said profit rose to $13.6 billion, lifted by sales of 61 million iPhones in the first three months of the year.

Revenue increased 27 percent from the same period a year ago to $58.01 billion, Apple said.

"We are thrilled by the continued strength of iPhone, Mac and the App Store, which drove our best March quarter results ever," said chief executive Tim Cook.

"We're seeing a higher rate of people switching to iPhone than we've experienced in previous cycles, and we're off to an exciting start to the June quarter with the launch of Apple Watch."

The results for the second fiscal quarter exclude the new Apple smartwatch, which began deliveries last week in nine countries.

Apple said separately it was adding $50 billion to its share buyback program and boosting its dividend, in an apparent concession to shareholders fearing the company is stockpiling too much cash.

Apple said it board has increased its share repurchase authorization to $140 billion from the $90 billion level announced last year. The buybacks increase value for shareholders by reducing the number of outstanding shares.

The board also approved an 11-percent increase in quarterly dividends to 52 cents per share.

"We believe Apple has a bright future ahead, and the unprecedented size of our capital return program reflects that strong confidence," said Cook.

"While most of our program will focus on buying back shares, we know that the dividend is very important to many of our investors, so we're raising it for the third time in less than three years."

Apple, already the largest publicly traded company by market value, saw its shares rise in after-market trade by 0.81 percent to $132.65, pushing its capitalization to more than $770 billion.

Apple's results come after hugely successful launch last year of its large-screen iPhones, helping it regain market share lost to rivals like Samsung and others using the Google Android platform.

Apple's report showed a 40 percent jump in iPhone sales compared with the same period a year ago.
Last Update: Apr 28, 2015 10:29 am
RELATED TOPICS