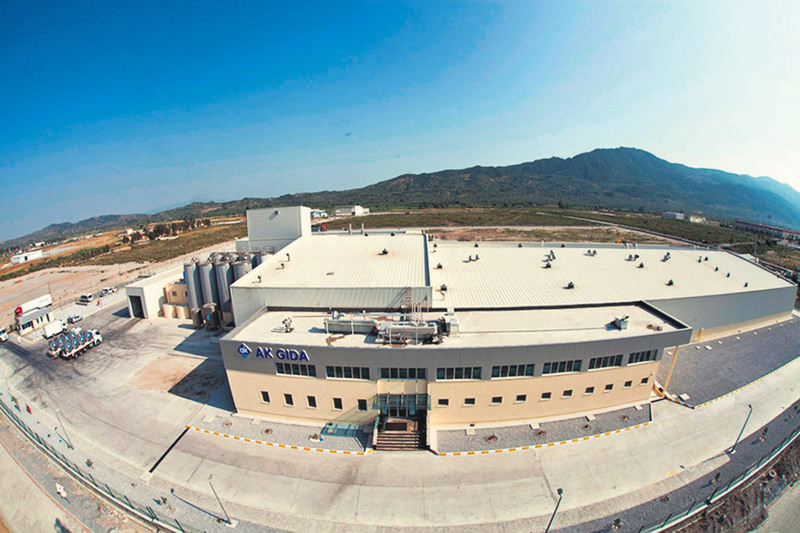 Yu0131ldu0131z Holding sold 80 percent of Ak Gu0131da to French Groupe Lactalis instead of offering shares to the public. The company has a TL 1.8 billion turnover and five production facilities in Turkey.
by Daily Sabah May 06, 2015 12:00 am

Yıldız Holding sold its 80 percent share in Ak Gıda to French Groupe Lactalis, while giving the controlling shares of its ice cream company to a Dutch company and applied to take over Granini juices from its German partners

It has been revealed that after Yıldız Holding sold Ak Gıda to French conglomerate Groupe Lactalis, the holding company is also planning to initiate two different operations. Yıldız Holding will become the sole owner of the company it has established together with the 150-year-old German fruit juice producer Eckes-Granini Group, and Ülker Golf, which is a part Yıldız Holding's group, is also being transferred to the Dutch company, Ice Cream Investment BV (ICI).

Yıldız Holding formed Yıldız Granini Meyve Suyu Sanayi ve Ticaret A.Ş., a 50-50 partnership with the Eckes-Granini Group, five years ago with a capital investment of TL 45 million ($16.6 million). The latest development about the company, which produced fruit juices under the Granini brand, was disclosed after they applied to the Competition Board.

Accordingly, Yıldız Holding will be purchasing all the shares held by Eckes-Granini Group GMBH and Eckes-Granini International GMBH of Yıldız Granini Meyve Suyu Sanayi ve Ticaret A.Ş., thereby owning 100 percent of the shares of the company upon the approval of the RK.

Another pending transaction concerns Ülker Golf, and Yıldız Holding affiliate. ICI had previously purchased a 25 percent stake of the ice cream company Ülker Golf. Pending Competition Board approval, ICI will take over the shares of Natura Gıda CEO Orhan Özokur. With the transfer of the shares of Özokur - who is also the brother-in-law of Yıldız Holding chairman Murat Ülker - to ICI, ICI will become the principal shareholder of Ülker Golf, which has a nominal capital reserve of TL 65 million. Ülker Golf had entered the Turkish ice cream market with its first factory in Bursa in 2003. Moreover, along with the domestic market, the company exports its products to more than 10 countries.

A total of 80 percent of the share certificates of one of the biggest food companies within Yıldız Holding, Ak Gıda, has been sold to the French food giant Groupe Lactalis. The biggest milk collector of Europe, Lactalis is also the 15th biggest food company in the worl

d. Ak Gıda San. Ve Tic. A.Ş., which was the 33rd largest industrial organization on the list of the 500 biggest companies announced by the Istanbul Chamber of Commerce and has a turnover of TL 1.8 billion. Furthermore, Yıldız Holding will keep 10 percent of the shares of Ak Gıda.

Due to the block sales of Ak Gıda to French Lactalis Group, the public offering has been cancelled. According to a statement released by Yıldız Holding on the Public Disclosure platform, the company decided on block selling instead of a public offering. The offers for the public offering of 144 million share certificates corresponding to 45 percent of the total shares of Ak Gıda, which has a nominal capital reserve of TL 320 million, at the price range between TL 5.78 and TL 6.92, were to be collected as of Thursday and the public offering was scheduled to be completed by May 8, 2015.

A news article published by Reuters in April had announced that Ak Gıda, the main manufacturer of milk and other dairy products under Yıldız Holding, was evaluating offers of strategic and financial investors simultaneously with the public offering process.
Last Update: May 06, 2015 9:05 pm
RELATED TOPICS