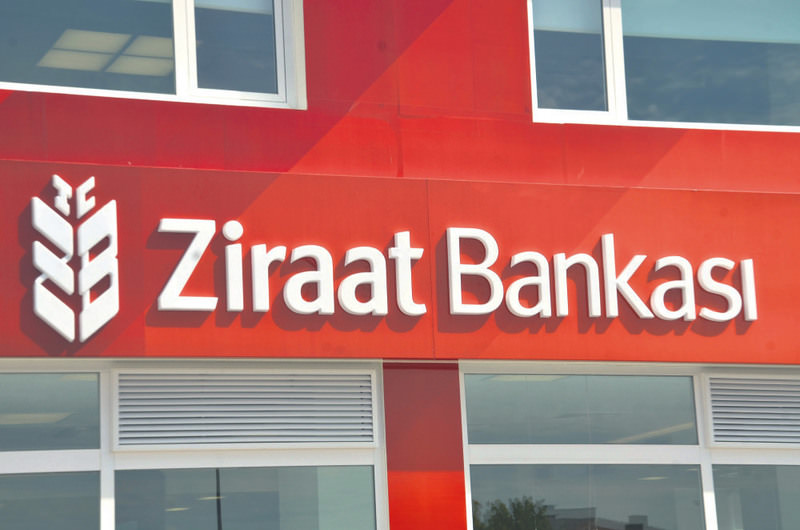 by Daily Sabah with Wires May 08, 2015 12:00 am
Ziraat Bank has become the bank with largest profits in the first quarter of the year with TL 1.1 billion ($407.25 million). Loans constituted 58 percent of balance sheets that reached TL 271 billion. Ziraat Bank General Manager Hüseyin Aydın also vowed that the number of Ziraat Bank branches would reach 2,000.

Cash loans rose by 12 percent to hit TL 158 billion in the first quarter, Aydın said, adding this upsurge was realized at 6 percent and 14 percent in personal and corporate loans, respectively. Aydın emphasized that Ziraat Bank continues to be one of the leading banks that fund the agricultural sector, small- and medium-sized enterprises (SMEs), large corporate firms and big infrastructure and energy projects. According to Aydin, loans constituted more than 58 percent of the bank's balance sheets as of the end of the first quarter, and stressed the ratio of nonaccrual loans continued to hover below the sector's average at 1.8 percent. Aydın further stated they continue to improve both cash and non-cash loans, noting that over the past year, the bank has achieved an increase of 34 percent and 39 percent in dollar-based foreign currency loans and non-cash loans, respectively. At the end of the first quarter, the combined total of cash and non-cash loans exceeded TL 205 billion, he said.

Underscoring their objective to open branches in every Turkish province, Aydın said their main principle is to reach out to customers and provide more people with banking products and services. Highlighting that 19 new branches were opened in the first quarter of 2015, Aydın emphasized they continue to work to improve the service quality of the existing branches. "We aim to become a bank with 2,000 branches in the medium-term by opening branches in small provinces that are devoid of banks," he said.

The bank renders its services at 84 points in 16 foreign countries through branches and partnerships. "We aim to increase our visibility with new branches and partnerships," Aydın added. The bank's joint venture with Azerbaijan continues as a part of Azer-Türk Bank, while a new bank totally overseen by Ziraat Bank will open in the country at the end of the second quarter. The bank is also working to open a branch in Kosovo and a bank in Montenegro.

After the Ziraat Participation Bank becomes operational at the end of May, the bank will start working on establishing a real estate investment company.
Last Update: May 08, 2015 10:08 pm
RELATED TOPICS