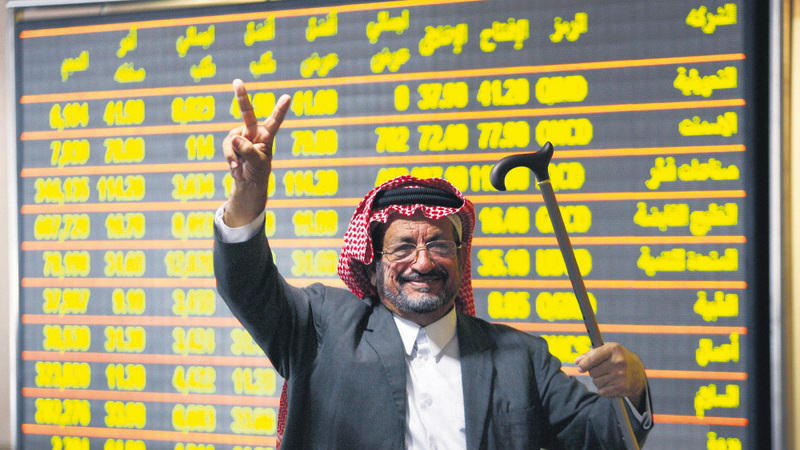 One of world's most restricted stock markets, the Saudi stock exchange, will open to foreign direct investment after June 15, which is estimated to attract a rapid inflow of $35 billion

Saudi Arabia announced yesterday that direct foreign investment in its stock market will soon become possible, according to a statement by the Riyadh-based Capital Market Authority. The move, which will take place on June 15, opens up what has been one of the world's most restricted exchanges, as well as one of the most important ones in terms of liquidity and market capitalization.

Deutsche Bank analysts on Monday estimated that the move would attract a rapid inflow of about $35 billion. "This is hardly surprising in view of the fact that the kingdom, which is OPEC's largest exporter, currently accounts for 45 percent of the Middle East and North Africa's market capital, and 65 percent of regional liquidity - estimated at some $4 billion - which makes it the most liquid market in the region," a Deutsche Bank briefing note said.

This move offers considerable opportunities to foreign investors, according to Mark Mobius, executive chairman of the $900 billion Franklin Templeton fund emerging markets group. "The $745 billion Saudi economy dwarfs many others in the region, and its market is well-capitalized and mature. Trading liquidity in the Saudi Arabia stock market is the highest in the region and Saudi Arabia has the strongest pipeline of initial public offerings [IPOs] in the region as well. Some pundits are speculating that Saudi Arabia could receive an emerging market classification from index provider MSCI within the next two years, leapfrogging the 'frontier' classification and likely drawing more investor interest as a result," Mobius wrote on his Facebook page in August 2014.

Foreigners will be able to own up to 49 percent of a single stock, and institutional foreign investors will be allowed to invest directly in the stock market with a minimum of 18.75 billion riyals ($5 billion) under management, the Capital Market Authority statement said, although the CMA reserves the right to reduce that limit.

The Saudi market is worth approximately $530 billion, according to analyst estimates. Mutual funds and exchange-traded funds are expected to be quick to take advantage of some of the exchange's solid blue-chip investments.

For now, the Saudi market is largely dominated by energy-related companies and financial firms. The exchange's index, the Tadawul, has genuine blue-chips, such as the petrochemicals conglomerate Sabic, the investment group Kingdom Holdings and the Islamic banking group Al-Rajhi - all large, well-capitalized global companies.

It also has the most liquid of all markets in the Gulf Cooperation Council (GCC), driven by the army of retail investors who comprise as much as 80 percent of daily turnover, much of it dominated by the big "hammour" (fish) of the market, as influential private investors are dubbed.

The exchange has run many important initial listings as well. For example, last year's $6 billion IPO of National Commercial Bank was one of the biggest and most successful market flotations of 2014. Mobius has said that he would double or even triple his commitment to the Saudi market if it opened up. Now, he has the chance.

The fact that the Saudi exchange is performing well should make the opportunity even more interesting and enticing to investors. The Tadawul All Share Index has risen 17 percent this year, the best performer among the Gulf markets. It is also important for attracting new listings, as valuations are rising, and are likely to rise more with the influx of capital that is expected to accompany the opening up of the market in June.
Last Update: May 18, 2015 10:31 pm
RELATED TOPICS