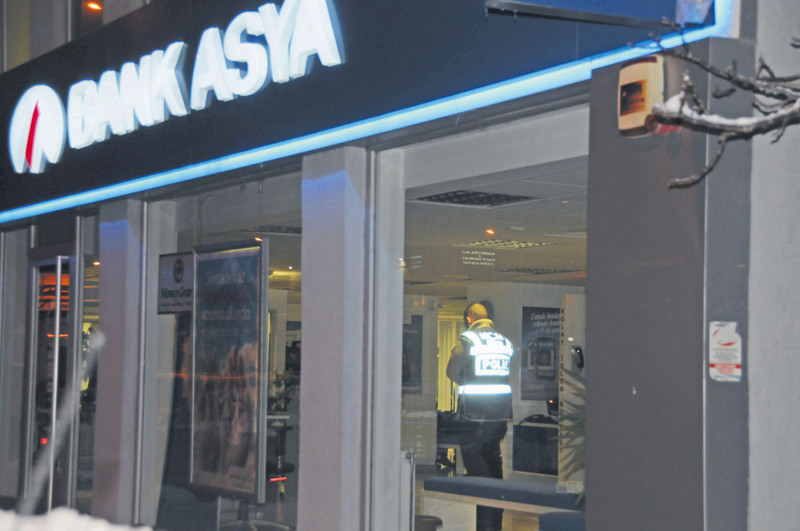 While investigations continue into Bank Asya, which was seized by Turkey's banking watchdog earlier this year, it has been discovered that 800,000 transaction records were deleted at the bank just after the Dec. 17 in 2013 operation

Information technology specialists from Turkey's banking watchdog, the Banking Regulation and Supervision Agency (BDDK), discovered that 800,000 transaction records were deleted at Bank Asya, which was seized by the Saving Deposit Insurance Fund (TMSF) in February. The bank is known for its links to the Gülen Movement. According to an investigation, the mentioned transactions were deleted just after the Dec. 17, 2013 operation.

New BDDK Chairman Mehmet Ali Akben announced the shareholders of Bank Asya have not provided all the required documents related to shareholding and the bank will soon become part of a national security investigation. After the Gülen Movement was included in the Red Book as a national security threat and deemed a terrorist organization, the accounts of some of the people that are included in the movement will be investigated. He mentioned that in case any relations to the movement's members are revealed, the bank may be forcibly terminated for national security reasons.

Balance sheets have been forged

BDDK experts said Bank Asya had been subjected to Article 70 of the Banking Code that stipulates "restrictive measures" since September 2014. Ever since, balance sheets have been corrected and records have been deleted within the time they were given to the bank. They stressed they were investigating the records of the bank when it was found that around 800,000 to 1 million transactions were deleted within the past year. IT experts had requested auditors perform the investigation, but some of the bank's departments were unwilling, leading the auditors to inquire how the records were deleted manually. Some employees have also been fired or removed from their positions. "We believe they wanted to portray the deleted records as donations," the experts said.

The management of Bank Asya was seized by the TMSF and the shareholders were supposed to submit documents proving their legal shareholding rights, yet many are still missing. Furthermore, the shareholders' declarations against BDDK management were to dissuade the employees in charge of the investigation. "Once the documents are all completed and positive replies are received from the related departments, we will perform the related transactions. Furthermore, the documents submitted by the privileged shareholders will be returned after the investigation. However, there are still many documents missing," BDDK authorities said.

Additionally, members of the Gülen Movement are trying to pressure BDDK members conducting the investigation, and all 94 shareholders have delivered warning letters asserting that they will be filing claims for damages and remedial actions against BDDK members. These warning letters were not sent to the board, but to the employees' home addresses. The shareholders are also threatening that if the Common Fund is not transferred back to the bank's management then they will file claims. BDDK board members Olcay Turan, Muhiddin Gülal, İrfan Çevik, Haluk Tözüm and some experts from the BDDK Execution Department also received warning letters.

Akben is building a new team and will lay off anyone who slows down the investigation of the Gülen Movement's accounts.
Last Update: May 28, 2015 11:08 pm
RELATED TOPICS