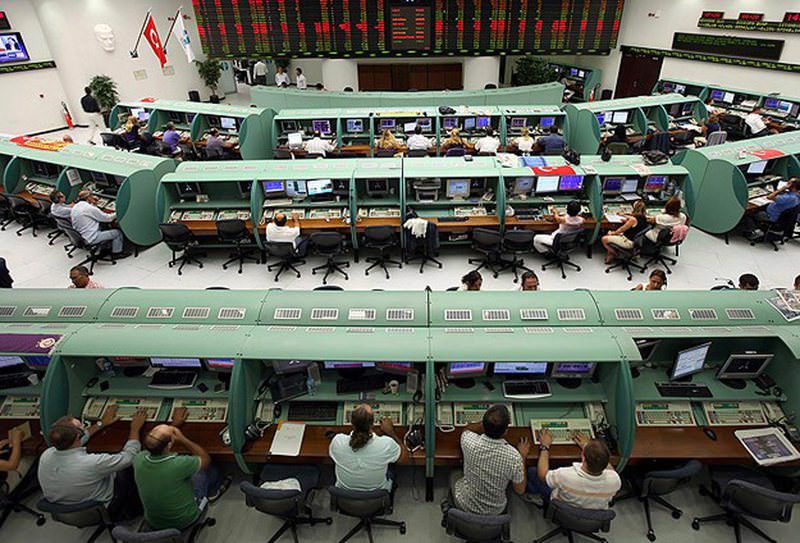 by Daily Sabah with Wires Jun 08, 2015 12:00 am
Markets took a hit from election results, as the Istanbul stock exchange nosedived over six percent at opening of the first session on Monday morning following the June 7 General Elections where the AK Party failed to secure absolute majority in the Turkish Parliament.

Stocks on the index lost 8.15 percent in value.

Turkey's Central Bank said Monday it was pruning its short term foreign exchange deposit rates, in a bid to support the lira amid political uncertainty.

The decision was due to "recent global and local developments", it said, after the AK Party lost its overall majority in legislative elections.

The ruling Justice and Development Party (AK Party) was well ahead of other parties with 40.9 percent, gaining the party 256 seats in the parliament, just below the threshold of 276 seats, the bare minimum to retain a simple majority in parliament. The results, therefore, suggest that a coalition government is awaiting Turkey.

According to the results, the Republican People's Party (CHP) received 25.23 percent of the votes, the Nationalist Movement Party (MHP) 16.48 percent, and the pro-Kurdish People's Democratic Party (HDP) 13.19 percent of the votes. This was the first election that HDP entered the race as a unified party.

More than 53 million voters in Turkey and abroad were eligible to choose the deputies to the Grand National Assembly. AK Party would need a majority of 330 seats of the total 550 to call for a national referendum to change the constitution. With 367 seats, it would be able vote in a change without a referendum.