Chinese brokers wake up from global dreams by market emergency 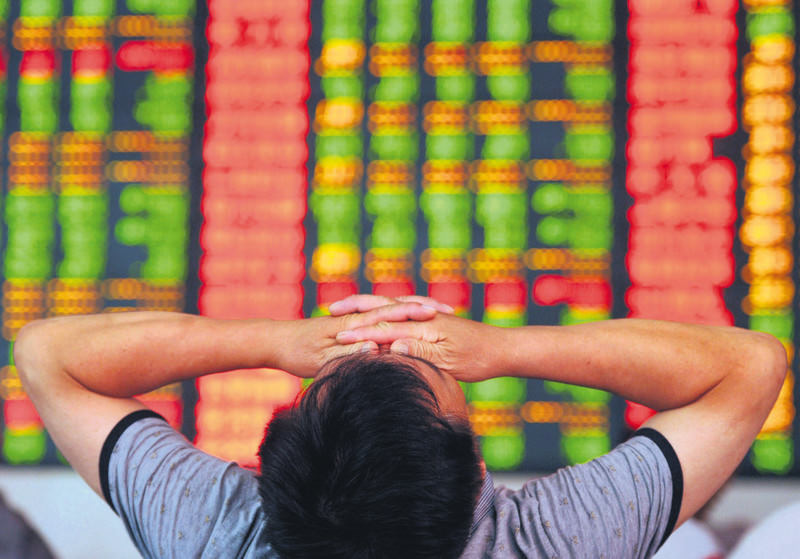 by Daily Sabah with Wires Jul 08, 2015 12:00 am
The business plans and overseas ambitions of Chinese brokerages are being shelved as Beijing pushes them to use their resources to arrest a dramatic plunge in domestic equity markets that is threatening China's economic stability.

The government told state companies and executives to buy shares, raised the amount of equities insurance companies can hold and promised more credit to finance trading. Hundreds of companies have halted trading in their stock after emergency measures announced last weekend failed to stop a rout that has dragged down the benchmark Shanghai Composite Index by more than 30 percent since early June.

The central bank said it will provide "ample liquidity to support stock market stability" through a state-owned company that lends to brokerages to finance share purchases, a practice known as margin lending. The People's Bank of China statement was read on state TV's national midday news. Chinese authorities have tried to reassure investors the decline is normal following the boom that saw the Shanghai index soar by more than 150 percent beginning in late 2014.

Twenty-one of China's biggest brokerages were pressed into service last weekend, pledging to spend 15 percent of their net assets, roughly 120 billion yuan ($19 billion), to buy stocks as part of a broad government-led effort to calm what the securities regulator has called panic. Securities companies, which have raised $29.4 billion through international and local share sales this year, are expected to pump more of their own cash into the market if share prices fall further, executives and analysts say. "The top priority for Chinese brokers now is to protect the stock market," said an executive at a Chinese securities firm in Shanghai.

Little more than a month ago, China's stock market was the best performing in the world. The boom began after state media said last year stocks were cheap, which led investors to believe Beijing would prevent prices from falling. The Shanghai index still is up 70 percent from one year ago but novice investors who piled in just before the peak hold shares that are worth less than they paid.

Chinese brokers had been looking to use some of the cash they raised this year to expand their global reach and offer a full range of products and services abroad, complementing China's internationalisation of its currency.

Now Haitong's attention is squarely on domestic matters, as its share price has tumbled about 35 percent since end-June. It has spent at least HK$313 million ($40 million) buying its own shares in Hong Kong in that period, according to company filings. Haitong suspended its shares on Wednesday after a unit of state-backed investment firm Haixia Capital offered to sell a block of its shares at a discount of up to 20 percent. In February, Citic Securities Co said it spent HK$780 million for KVB Kunlun Financial Group to build its international capabilities and expand its currency trading business. "Those who haven't set up offices in overseas markets may have to slow down their plans, and those with offshore branches also won't have energy or time to expand at present," said the Shanghai-based securities executives.
Last Update: Jul 08, 2015 10:18 pm
RELATED TOPICS