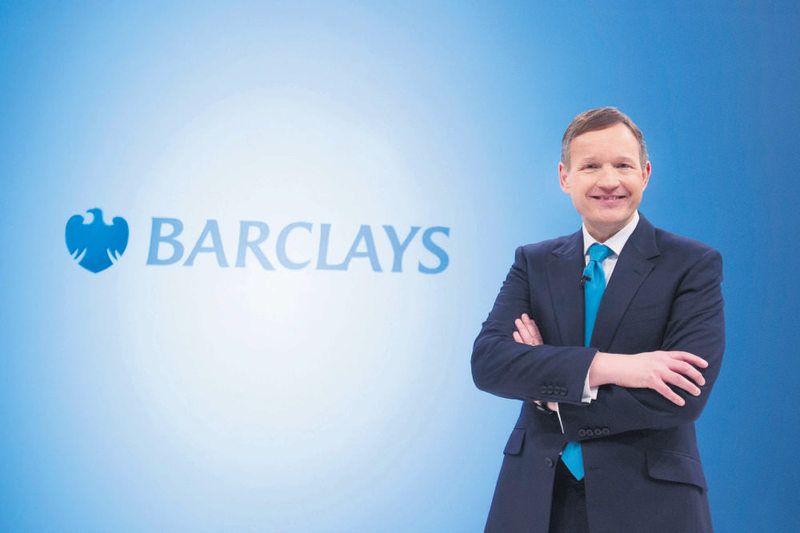 by Jul 08, 2015 12:00 am
Troubled British bank Barclays, plagued by forex and Libor rigging scandals, announced Wednesday that it has fired chief executive Antony Jenkins with immediate effect. Barclays management has "concluded that new leadership is required" to accelerate an overhaul of the beleaguered group, it revealed in a statement on the surprise decision. Jenkins has left the group with immediate effect, a spokesman confirmed to AFP. Chairman John McFarlane has been appointed executive chairman until a successor to Jenkins is found.

"I reflected long and hard on the issue of group leadership and discussed this with each of the non-executive directors," said deputy chairman Sir Michael Rake.

"Notwithstanding Antony's significant achievements, it became clear to all of us that a new set of skills were required for the period ahead." Jenkins replaced Bob Diamond in July 2012, who himself was forced to resign after the damaging Libor rate-fixing scandal.

The retail banking veteran had vowed to bring a new culture of decency to Barclays, and oversaw drastic restructuring that shrank its investment bank.

He leaves the bank with 12 months' notice and will receive his current annual salary of 1.1 million pounds ($1.7 million), as well as 950,000 pounds in "role-based pay" and a pension of 363,000 pounds a year. Back in 2012, Barclays was fined 290 million pounds by British and U.S. regulators for attempted manipulation of Libor and Euribor interbank rates 2005 and 2009. Jenkins has however struggled to restore the group's damaged reputation which was also tarnished by forex rigging. "In the summer of 2012, I became group chief executive at a particularly difficult time for Barclays," Jenkins said in Wednesday's statement. "It is easy to forget just how bad things were three years ago both for our industry and even more so for us." He added: "I am very proud of the significant progress we have made since then. Our capital position is much stronger, our business model is more balanced, we are much more disciplined on cost management, we have made good progress in rebuilding our reputation and we are seen as a leader in the application of technology to our business."

Under Jenkins, Barclays slashed more than 19,000 jobs, but the group has struggled to recover from the Libor fallout.

The Libor system - which has since been overhauled - was found to be open to abuse, with some traders lying about borrowing costs to boost trading positions or make their bank seem more secure. In another damaging blow, Barclays was slapped in May with a $2.4 billion fine by U.S. and U.K. regulators for foreign exchange market manipulation.

Six major global banks, including Barclays and British peer Royal Bank of Scotland, were fined a total of almost $6 billion, mostly for rigging the foreign exchange market. Barclays' fine was the highest because it had not participated in an earlier deal.

In early morning deals, investors welcomed the news with Barclays shares soaring 3.11 percent to 260 pence, topping the risers' board on London's FTSE 100 index. The FTSE was 0.25 percent higher at 6,448.42 points. "The big corporate news of the morning has come from Barclays with word that its chief executive has been fired - slow progress in implementing the bank's new strategy is being cited and the shares are rallying hard as a result," Trustnet analyst Tony Cross said.

Barclays is meanwhile due to post its first-half results on July 29.

The London Interbank Offered Rate (Libor) is the rate banks charge each other for short-term loans and underpins $300 trillion of transactions worldwide. Euribor is the eurozone equivalent.
Last Update: Jul 08, 2015 10:37 pm
RELATED TOPICS