China devaluates yuan for third day in a row 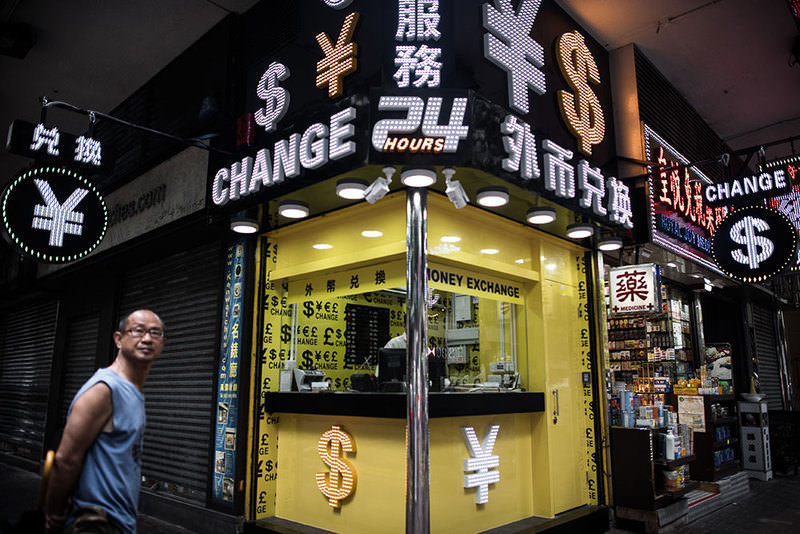 by Aug 13, 2015 12:00 am
China weakened its currency for the third consecutive day Thursday, but financial markets that had been shaken by the surprise devaluation took heart as authorities pledged not to let the yuan plummet.

The cut was less than previous two days and came after reports the People's Bank of China (PBoC) intervened Wednesday to stem the yuan's fall.
China adopted a more market-oriented method of calculating the currency rate this week in a move widely seen as a devaluation, raising fresh questions about the health of the world's second-largest economy.

After global stock and currency markets staggered in response, the PBoC went on the offensive Thursday, telling reporters that the yuan was still a strong currency and that Beijing would keep the unit stable.

"Currently, there is no basis for the renminbi exchange rate to continue to depreciate," assistant governor Zhang Xiaohui told a briefing, according to a transcript.

"The central bank has the ability to keep the renminbi basically stable at a reasonable and balanced level," she said.

The comments drove a relief rally Thursday in Asian shares and Asia-Pacific currencies, which suffered their biggest two-day selloff since 1998 this week, although analysts said sentiment remained fragile.

"It's likely the worst is over," Patrick Bennett, a strategist at Canadian Imperial Bank of Commerce in Hong Kong, told Bloomberg News.
"PBoC intervention has calmed the market. There is not a sense that the onshore yuan will weaken forever."

China keeps a tight grip on the unit, allowing it to fluctuate up or down just two percent on either side of the reference rate, which it sets daily.
The PBoC on Tuesday announced a "one-time correction" of nearly two percent in the yuan's value against the greenback as it changed the mechanism.

Previously, it based the fixing on a poll of market-makers, but declared it would now also take into account the previous day's close, foreign exchange supply and demand and the rates of major currencies.

It has since lowered the central rate twice more, and the week's combined drop is the biggest since China set up its modern foreign exchange system in 1994, when it devalued the yuan by 33 percent at a stroke.

Analysts viewed the move as a way for China to both boost exports by making its goods cheaper abroad and push economic reforms as it seeks to become one of the reserve currencies in the International Monetary Fund's SDR (special drawing rights) group.

The volatility in the normally stable unit has raised concerns, and many analysts predict the yuan will continue to depreciate in the coming months, impacting global trade flows.

Bloomberg News reported Wednesday the central bank had intervened in the market to buy dollars and prop up the yuan, which PBoC Deputy Governor Yi Gang declined to confirm at Thursday's briefing.

But he said the PBoC will exercise "effective management" in case of large fluctuations and dismissed rumours that officials had set a target for a 10 percent depreciation in the yuan to spur exports.

"This is complete nonsense, completely without basis," he said.

Speaking a day earlier, PBoC economist Ma Jun dismissed the possibility that China was seeking to wage a currency war, saying there was no need as exports were expected to pick up in the second half of the year.

"China does not have the need to start a currency war to gain advantage," he was quoted as saying by the official Xinhua news agency.