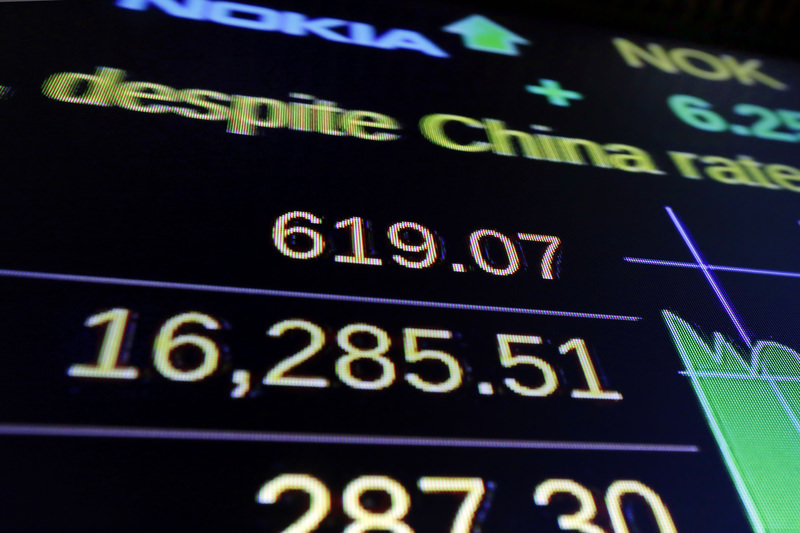 by Aug 27, 2015 12:00 am
The Dow Jones Industrial Average recorded its largest one-day rally since 2011, ending six days of steep drops over fears about the Chinese economy.

US markets were bolstered by indications the Federal Reserve might hold off on increasing interest rates next month.

New York Federal Reserve Bank President William Dudley said concerns about global markets had reduced the odds that the central bank will increase its benchmark federal funds rate after years of keeping it at near-zero per cent.

Wednesday's rally followed days of international market turmoil over fears about Chinese growth. Beijing moved Tuesday to cut interest rates for the fifth time since November, seeking to pump more money into the economy and to counter fears about the growth outlook.

A day earlier, the blue chip Dow initially rebounded by 440 points, but as worries over what will happen in China's market took hold, investors began a sell-off late in the day.

Shares in China continued to slide Wednesday despite the most recent moves, while shares in Europe were down despite rebounding a day earlier.
Last Update: Aug 27, 2015 1:40 am
RELATED TOPICS