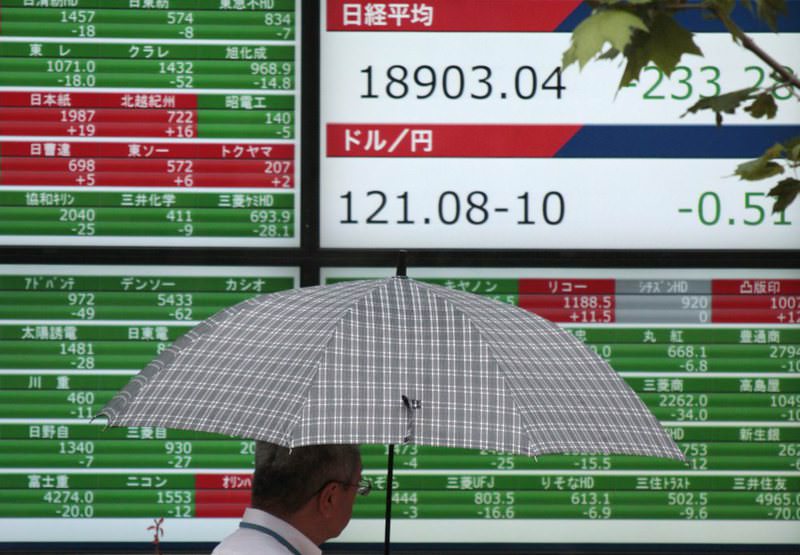 Stock markets around the world go up-and-down as each Fed official's words significantly impact September rate hike expectations. Stocks fell after Fed vice chairman said a rate raise might be around the corner

The Fed vice chairman, Stanley Fisher said there was a "pretty strong case" for raising rates in September. That ran counter to recent market sentiment that China's economic slowdown and global market volatility might prompt the Fed to wait. Speaking at the U.S. central bank's annual gathering in Jackson Hole, Wyoming, Fisher emphasized he was not saying what action the Fed might take at its September meeting but analysts took his comments to mean he saw the economy moving close to satisfying the Fed's conditions for a hike. It would be the Fed's first reverse from its policy in place since the 2008 crisis of ultra-low rates that have pushed up stock prices.

"The Fed is still at the drawing board with regards to the specifics of the timing of a rate hike this year. But to be sure conviction for a hike this year was not watered down," said analysts from Mizuho Bank in a report. "What's more, a rate hike sooner rather than later is preferred on forward-looking inflation."

Japan's industrial production declined unexpectedly by 0.6 percent in July from the previous month, defying forecasts of a small increase. "The drop in industrial production in July suggests that economic activity will recover only slowly this quarter," said analyst Marcel Thieliant of Capital Economics in a report.

In Europe, official figures showed the annual inflation rate remained at a weak 0.2 percent in the 19-country eurozone. The figure was broadly expected but underlines the challenges facing the European Central Bank in bringing inflation back toward its 2 percent target.