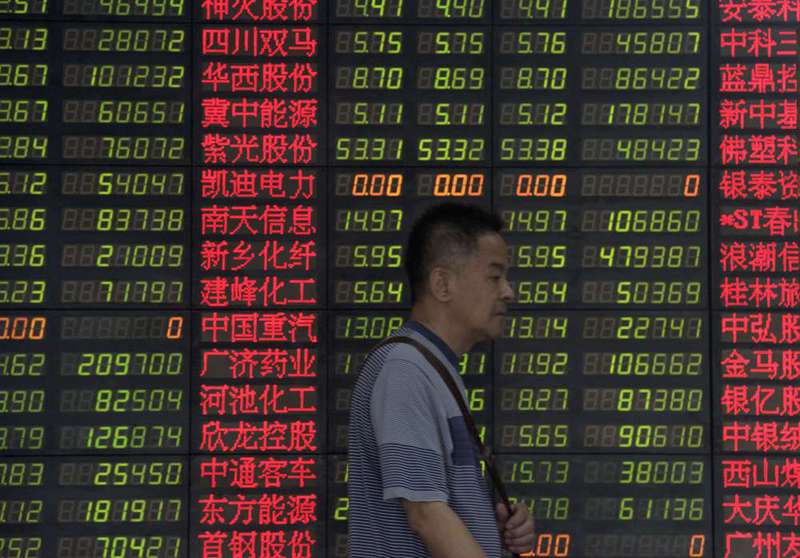 European stocks rose on Sunday, lifted by mining and commodities giant Glencore after it pledged to slash its debt by a third, and countering a fall in Asian markets led by weakness in China following a four-day break there. Trading is lighter than usual with U.S. markets closed for Labor Day, while investors across all asset classes continued to digest the implications of last week's U.S. jobs data for the timing of the first U.S. interest rate hike since 2006.

At midday the FTSEuroFirst index of leading 300 shares was up 0.4 percent at 1,398 points and Britain's mining-heavy FTSE 100 index was up 0.4 percent at 6,063 points. Both indexes had been up well over 1 percent in earlier trading. Glencore shares rose as much as 12 percent after it said it will suspend dividends, sell assets and raise $2.5 billion in a new share issue as it aims to cut its debt to $20 billion by the end of next year. "The news was well received by the market," said David Papier at ETX Capital in London. At 1130 GMT Glencore shares were up 7 percent at 131 pence.

The rally in Europe was broad-based, marking a rebound from Friday's steep losses of close to 3 percent after investors marginally upped their bets that the Federal Reserve could raise U.S. interest rates later this month.

Germany's DAX was up 0.5 percent at 10,094 points and France's CAC 40 was up 0.4 percent at 4,542 points, both halving their opening gains. But in Asia, MSCI's broadest index of Asia-Pacific shares outside Japan fell 1 percent, driven by stocks in China where markets reopened after closing over Thursday and Friday as Beijing marked 70 years since the end of World War Two.

Shanghai shares initially rose as much as 1.8 percent after weekend remarks by regulators aimed at calming the market, but reversed course to close down 2.5 percent.

China's policymakers and regulators promised deeper financial market reforms. They emphasised signs that the economy was stabilising, but trimmed 2014 growth figures yesterday, and said foreign exchange reserves fell in August by $93.9 billion - the largest monthly fall on record - to $3.55 trillion.

Financial leaders from the world's 20 biggest economies agreed on Saturday to step up reform efforts to boost growth, saying reliance on ultra-low interest rates would not be enough to accelerate economic expansion. But they also said they were confident growth would pick up and, as a result, interest rates in "some advanced economies" - code for the United States - would have to rise.

Investors are still uncertain whether rates will rise this month but that scepticism was diluted a little on Friday after figures showed nonfarm payrolls increased 173,000 last month and the unemployment rate dropped to 5.1 percent, its lowest in more than seven years. "With Fed 'lift-off' coming soon and the U.S. recovery on track, we expect to see the 10-year yield close to 3 percent by the end of 2016. And that will be good news!" wrote Societe General strategists in a note to clients.

The 10-year Treasury yield closed at 2.13 percent on Friday , the lower end of its range over the last two weeks. Core European government bonds were slightly weaker yesterday, with the 10-year German yield up a basis point at 0.68 percent and the 30-year yield up 3 basis points at 1.40 percent.

In currencies the dollar was mostly stronger against its main rivals, up 0.3 percent against the yen at 119.40 yen , and steady against the euro, which was changing hands at $1.1143. The euro had dipped below $1.11 yesterday and on Friday after the U.S. jobs data. In commodities, crude oil fell on a lingering supply glut. U.S. crude oil futures were down 1.2 percent at $45.48 a barrel and Brent crude dropped 1.1 percent to $49.05 a barrel.