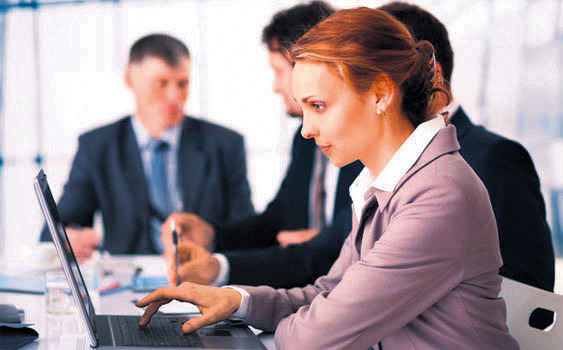 by daily sabah Sep 28, 2015 12:00 am
Although the number of female banking employees exceeds the number of male banking employees, the sector's senior staff consists mostly of men. According to a study titled "Female Directors in the Turkish Banking Sector" conducted by Istanbul University's Banking Research Center, male employees constitute 48.3 percent of staff while females constitute 51.7 percent of staff in the banking sector where a total of more than 200,000 people are employed. Despite these figures, merely five banks out of a total of 52 have female general managers, which corresponds to 9.62 percent in the overall banking sector.