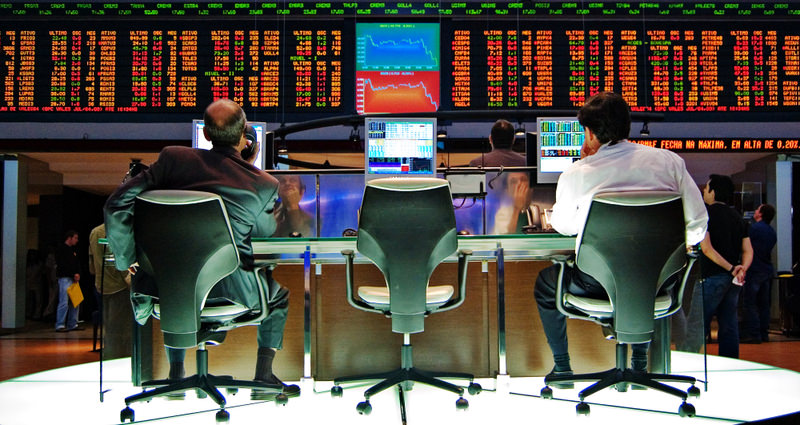 Emerging markets have begun to recover in October, entering a response period to never-ending rumors U.S. Federal Reserve rate hike and depreciation of local currencies against the dollar

Activity in developing markets since the beginning of October have been interpreted as markets entering a response phase to the current risks regarding an increase in interest rates and continuing slow economic growth.

While many economies' recovery after the global economic crisis are still not at the desired level, economies of developing countries have been damaged the most from the crisis, and markets have suffered a great deal of capital loss. Another source of pressure on developing countries in this period is the depreciation of local currencies against the dollar. The uncertainty about whether the U.S. Federal Reserve (Fed) will increase interest rates as a step for normalization of its monetary policies is one of the factors that have put pressure on developing economies along with the slowing down of growth in the Chinese economy, decrease in commodity prices and geopolitical risks.

Despite all these problems, recovery was observed in October in the currencies of developing countries against the dollar, and the negative views toward developing countries' markets diminished relatively. However, whether this trend will continue or not is now the main focus point of the markets.

Speaking to Anadolu Agency (AA), İş Yatırım International Markets Director Şant Manukyan said that whether the change observed in pricing for developing markets is a trend or a correction was crucial, and given the current data and price movements, it seems more of a correction then a trend. He underlined that the problem regarding the Chinese economy was resolved, and it was determined that the conflict between the Fed and other central banks will not be as sharp as predicted. "Furthermore, the dollar will not apply any more pressure unless new circumstances emerge," Manukyan said.

Manukyan added that when sales, indexes and foreign exchange rates decrease to a certain point as a reaction to political instability, it then triggers purchases. "Developing markets show a response, and short covering emerges. This may continue in the final quarter of this year as well," Manukyan said, but he also explained that these are not long-term solutions, as the Fed will increase interest rates "sometime in the future." The Fed not increasing interest rates should not be deemed a positive aspect, as it would mean there are still problems with global growth rates. Manukyan concluded that as the Chinese economy's growth continues to slow down, the liquidity of the dollar would be narrowed; therefore, instead of new bullish developing markets, there will be a response period that may last for another quarter.

The Istanbul Stock Exchange's (Borsa) BIST 100 index decreased 667 points to 78.547 points early on Monday, before it regained its value in the afternoon session. From the opening session onward, stocks tumbled by around 0.84 percent, before the outlook became more positive, ending the day with a 11 percent gain. Like stock exchanges in other emerging markets, the index was on the rise last week and increased 6.5 percent on a weekly basis with expectations that the U.S. Federal Reserve might postpone an interest rate hike to next year.

The October-end forward contracts of the BIST 30 index on the futures market traded at 97.175, with a decline of 1.07 percent in the opening session. October-end dollar-lira contracts are hovering around 2.955 with a rise of 0.9 percent.

The dollar, which dropped to TL 2.89 on Friday, was trading between TL 2.9411 and TL 2.9422 yesterday morning. The dollar fell slightly against currencies of emerging markets, but the lira is being negatively affected by security concerns in the country escalating after the twin suicide bomb attack that took place in Ankara on the weekend.

Analysts point to the fact that dollar-lira parity started the week in an upward trend and reached close to 2.95, suggesting that with possible declines the 77,900 level in the BIST 100 index will be supportive. In the second session after the BIST 100 index reached 79,471, the dollar decreased to 2.9172 against the Turkish lira. They say they will be following the current account deficit and the Central Bank of the Republic of Turkey's (CRBT) expectation surveys at home as well as inflation and industrial production data to be announced in Europe and the U.S. this week. Turkey's risk premiums have started to rise following the terrorist attack in Ankara.

According to the latest statements from the Prime Ministry, a total of 97 people have died so far as a result of the two consecutive suicide bombings in front of the main Ankara train station where union members, activists and Peoples' Democratic Party (HDP) supporters met prior to a planned peace rally on Saturday.