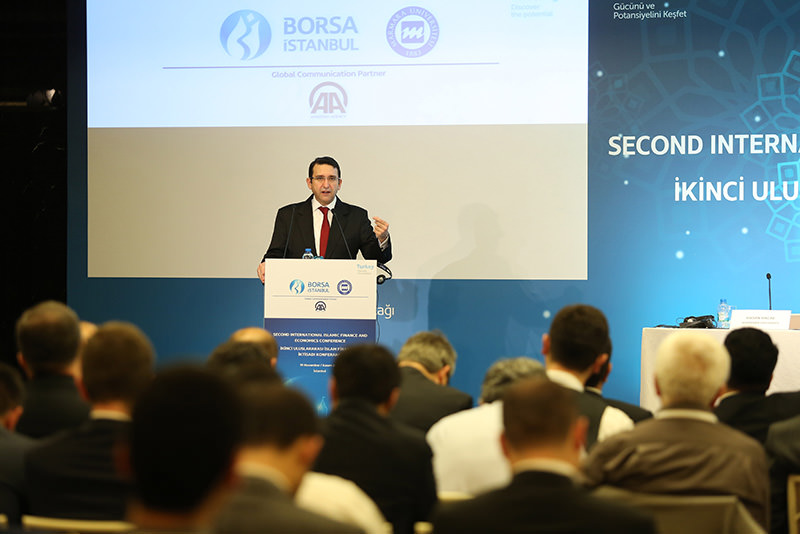 |AA Photo
by Anadolu Agency
Nov 19, 2015 12:00 am
Islamic finance is based on growth of assets, not financial engineering, and this organic growth makes it different from Western debt constructs, Justice and Development (AK) Party parliamentarian and economist has said.

İbrahim Turhan, member of Turkish parliament for AK Party from Izmir, made the remarks in an interview with Anadolu Agency on the sidelines of the Second International Islamic Finance and Economics conference in Istanbul on Thursday.

Turhan, who is also an economist and former chief executive officer of Borsa Istanbul, said: "One of the principal causes of financial crisis of 2008-2009 was the vast market that had grown up for securitized instruments.

"These involve debt which is made to seem less risky using insurance or derivatives, so that the relationship between the debtor and the debt is no longer direct. Because it broke down that relationship, the quality of securitized instruments deteriorated."

Islamic finance, on the other hand, used instruments based on actual assets, so the quality of the instrument cannot be changed, Turhan said.

"This preserves the direct relationship between debtor and creditor, and this moral approach to finance could provide a viable solution for many issues in global finance," he explained.

In his speech to the conference, Turhan said that preserving the direct relationship between debtor and creditor is part of the moral approach of Islamic finance.

He said that this was one of the reasons why the G20 included Islamic finance, under the description "asset-based finance," in its final recommendations of the group. "This fits well into the goals of the Turkish presidency of the G20, one of which is inclusiveness," Turhan said.

"And this is because our country has different traditions, moral traditions," he added.

The Western approach, on the other hand, has led to important changes in the global economy, he pointed out.

"In 1970, most of the major companies in the world were located in the developed West," Turhan said.

"But, by 2010, a considerable number of them were located in emerging markets. By 2025, 15,000 more companies with revenue greater than $1 billion will be based in developing countries. This means that a change in approach to financing is necessary-the whole equation will have changed," he said.

"Emerging markets will need trillions of dollars of finance for infrastructure, if the global economy is not to suffer serious challenges. Surely this means that it is time for a new approach."