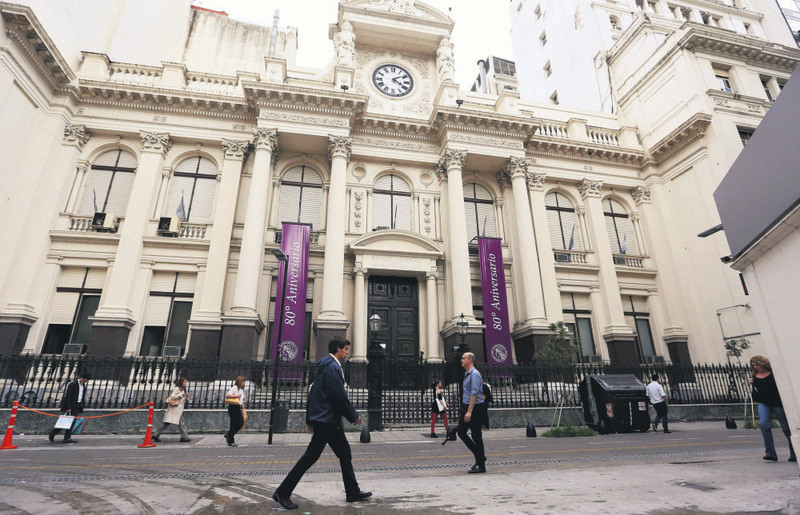 by Daily Sabah with Wires
Nov 19, 2015 12:00 am
Argentine police raided the country's central bank in a probe following allegations that the bank is selling cheap dollars in futures transactions. The raid was conducted before Sunday's presidential elections amid concerns that the Argentine currency, peso, may devalue. Presidential candidate Mauricio Macri has targeted the central bank's policies during his election campaign. Latest opinion polls indicate that Daniel Scioli, the presidential candidate from the ruling Victory Front coalition, is trailing behind Macri.

The two deputies from the opposition claimed that the central bank sells dollars in futures transactions for cheaper than it is sold on the international market, which, they argued, leads to a major financial loss for the state.