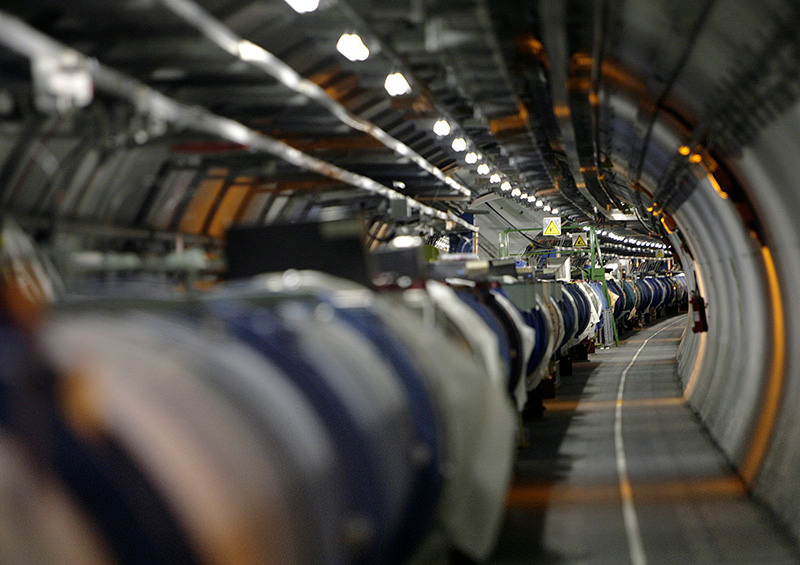 by Daily Sabah Dec 16, 2015 12:00 am
A machinery firm based in the capital became the first firm from Turkey to be awarded with an order from the Organization for Nuclear Research (CERN) project thanks to the efforts of the Union of Chambers and Commodity Exchanges of Turkey (TOBB).

As Turkey became an associate member state of the project on May 6, 2015, TOBB accelerated its efforts for Turkish firms to increase their share in this market. Through conferences, TOBB informed Turkish firms about the needs of CERN's departments and CERN Industry Contact Office was founded to make Turkish firms suppliers for the project.

Dora Machinery, an SME operating in Ankara's famous OSTİM industrial site, was awarded a modest order by the CERN. The firm, employing 75 people and mostly sub-contracting for defense projects, was awarded with the project through its innovative mindset.

Speaking to Daily Sabah, the company partner Pekin Çakmakçı said that the order will be the beginning stage for Turkish firms to take part in the project. "Everything starts by increasing your awareness on business opportunities, what is going on around you. We first attended TOBB's conferences on CERN tenders to receive information. Then we contacted CERN, told them about our references abroad and sent them our presentation. They invited us for their tender, and our first offer was found suitable" Çakmakçı said.

TOBB Chairman Rıfat Hisarcıklıoğlu said that the annual market created by CERN will be an important target for Turkish businesses and provide support for the growth of the economy. "Through the contact office and meetings, we aimed to make way for our businesses. First order was received as a result. This is the first step for a giant market. I believe that in the upcoming processes more Turkish firms will receive bigger shares. Innovation and high technology will be the biggest elements for the growth of our economy. We care about our associate membership to CERN in that regard" Hisarcıklıoğlu said.