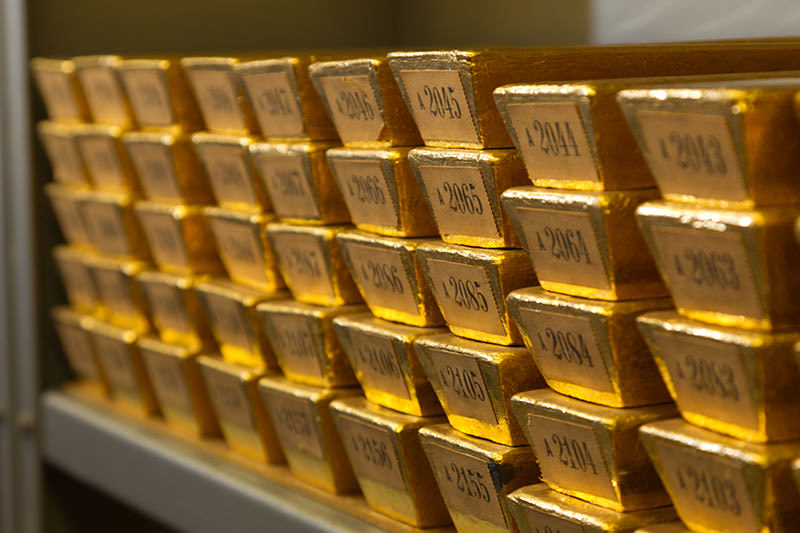 by Daily Sabah with AFP Feb 14, 2016 12:00 am
The World Gold Council (WGC) published its annual report for 2015, which said that total demand for gold was virtually flat compared with a year earlier at 4,212 tons.

"Despite a challenging start to the year, gold demand rebounded in the second half of 2015 as a result of sustained buying from central banks and a strong second half from China and India," the WGC said in its latest Gold Demand Trends report.

"This was particularly evident in the retail investment sector, where bar and coin purchases were led by China and Europe, with strong support from the U.S., as investors took advantage of weaker prices amid a softening economic backdrop, financial turbulence and ongoing geopolitical tension."

In Russia, which struggles with economic isolation and falling oil prices, the consumer demand for gold was particularly lower with 26 percent, followed by the Middle East and Turkey region with 18 percent less demand and Europe with seven percent less demand.

In the fourth quarter, the demand for gold increased by four percent compared to the previous year.
Last Update: Feb 14, 2016 6:50 pm
RELATED TOPICS