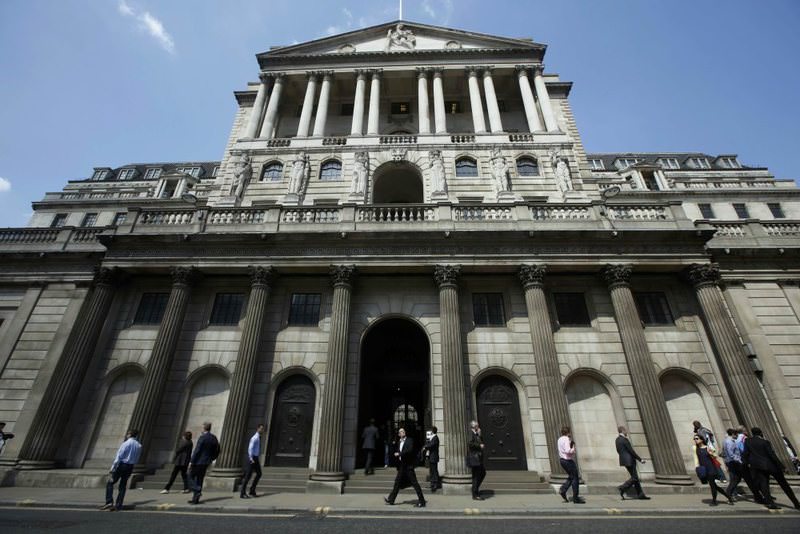 Coming after the European Central Bank's massive stimulus package, the U.S. Federal Reserve must resolve conflicting economic drivers while the Bank of England will take a cautious line ahead of a defining vote on European Union membership. A standout in an otherwise wobbly world economy, even the United States is facing growing headwinds, primarily from trade and weak emerging markets. That is likely to stay the Fed's hand on Wednesday and push out its next hike, possibly to June, even as it maintains a tightening bias.

"Overall, the message from the Fed will likely be a pause to assess uncertainties and gather more evidence, but no shift in strategy, or medium term view: act soft, talk tough," BNP Paribas said in a note. 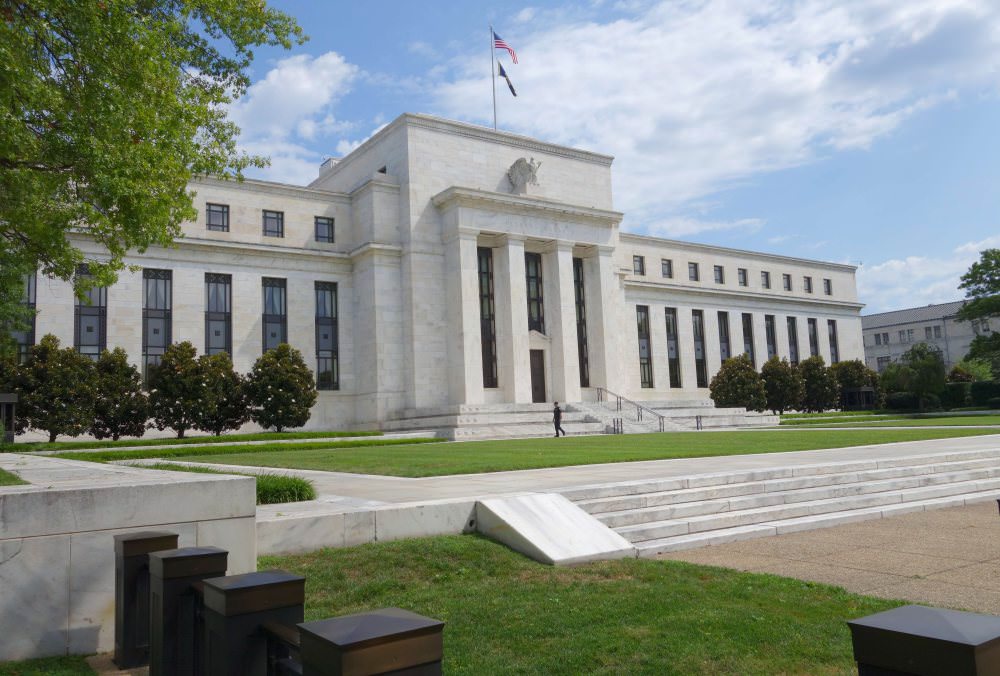 While the Fed has hinted at four 25-basis-point rate hikes this year, markets see just one increase in the second half, leaving an unusually big gap between market expectations and the central bank's guidance. Fuelling the doves' case, the Cleveland Fed's Financial Stress Indicator briefly showed its highest warning level in recent weeks, pointing to significant risk. Business surveys have also pointed to growing worries while exports are facing challenges from a strong dollar. But unemployment continues to fall, housing activity is high, the labour market is tightening and household consumption is rising, all indicating that the real economy is performing broadly as the Fed has predicted.

Data also suggest that the labour supply will be below demand, suggesting increased competition for labour and higher wages, a strong argument to keep increasing rates, economists said. "The difference between a hawkish Fed and a dovish Fed is the degree to which they open the door to a June, or much less likely, April hike," Citi economist Steven Englander said. "They have no incentive to pre-announce a June hike," Englander said. "It makes more sense for them to begin warning the market a month or so before they intend to hike so that it is largely priced in before it occurs and has less chance of being derailed by events that they can't control."

The Bank of England, announcing its decision on Thursday, a day after the new budget is delivered, is also sure to stay on hold, potentially sounding a dovish tone and acknowledging potential economic hurdles. The meeting's minutes, published along with the decision, are likely to show a unanimous vote for flat rates for second month in a row after lone dissenter calling for a hike rejoined the fold last month.

Although some policymakers have flirted with the thought of stimulus, data on Wednesday is expected to show wage growth picking up speed after slowing in recent months, dampening any rate-cut talk.

"While the recent quite sharp fall in trade-weighted sterling and the large percentage rise in oil prices will push up on inflation, with growth slowing, wage growth weak, and uncertainty high, in large part due to the impending referendum on EU membership, the MPC will be in no mood to talk up the prospect of rate hikes," UniCredit said. 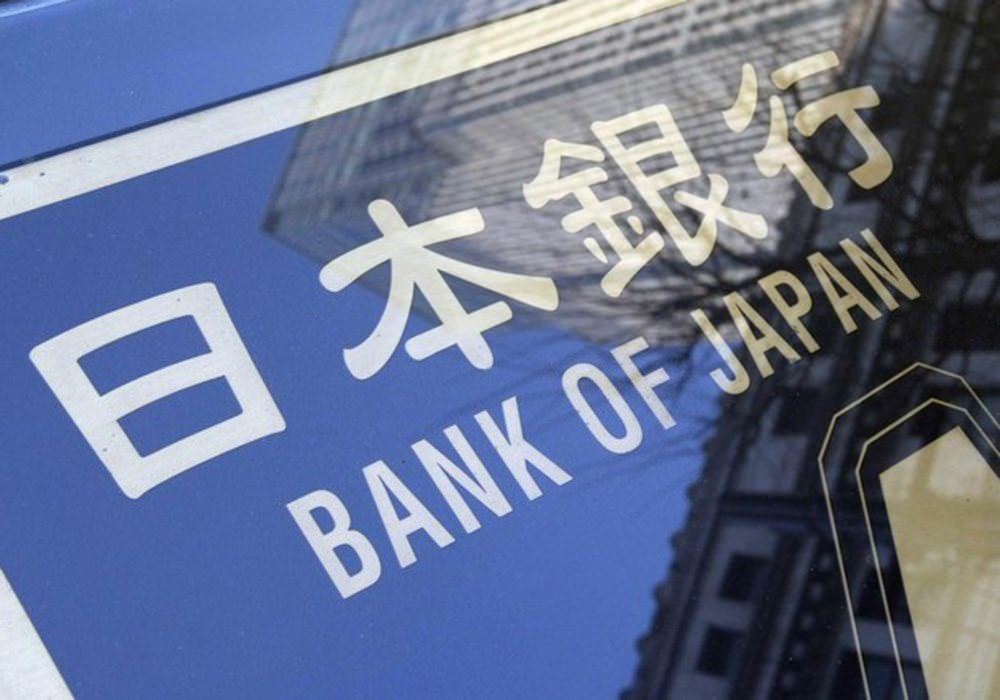 Markets are rife with speculation the BOJ will expand monetary stimulus in the coming months to reflate a stagnant economy after January's move failed to boost stock prices or arrest an unwelcome rise in the yen. But many central bank policymakers are reluctant to ease again soon unless external shocks jolt global financial markets enough to derail Japan's fragile economic recovery, sources familiar with the bank's thinking told Reuters earlier. Comments from BOJ Governor Haruhiko Kuroda that it is time to scrutinise the effects of negative rates also point to a steady hand. The Swiss National Bank is likewise expected to stay pat on Thursday while minutes from the Reserve Bank of Australia are likely to acknowledge a surprising improvement in the outlook after recent GDP data beat expectations by a wide margin. "Unless there is a serious deterioration in the local growth outlook generally, and particularly the labor market, and/or a meltdown in the global growth outlook, say a tanking in Chinese growth, then the RBA will be content to leave the cash rate at 2 percent over 2016," Commonwealth Bank said.

The balance sheet assets of the world's six major central banks hit a new all-time record, increasing to $16.9 trillion from $4.9 trillion 10 years ago, a 239 percent increase.

According to data from the U.S. National Inflation Association (NIA), the balance sheet assets of the world's six major central banks - the Federal Reserve, the European Central Bank (ECB), the Bank of Japan (BOJ), the Swiss National Bank (SNB), the Bank of England (BOE) and the People's Bank of China (PBOC) - hit $16.9 trillion in May 2015, a 239 percent increase from $4.9 trillion in balance sheet assets in May 2006. While the total assets of the aforementioned central banks reached nearly 36 percent of the combined gross domestic products (GDP) of the countries whose monetary policies they lead, this proportion was 14.3 percent in 2006.

Global markets have observed The People's Bank of China (PBOC) with caution due to concerns regarding its growth, but it has the largest balance sheet with total assets of $5.497 trillion, 52.92 percent of China's combined GDP in 2015 in comparison to 56.31 percent of China's GDP 10 years ago.

The balance sheet asset of the Fed, which has been leading the monetary policies of America, the world's largest economy, reached $4.495 trillion, equal to 25.41 percent of the country's combined GDP. This proportion was 6.17 percent in 2006.

The balance sheet assets of the Swiss National Bank (SNB), which has been keeping negative national interest rates, reached $609 billion. While total assets reached 88.42 percent of Switzerland's combined GDP in 2015, it was 19.82 percent in 2006.