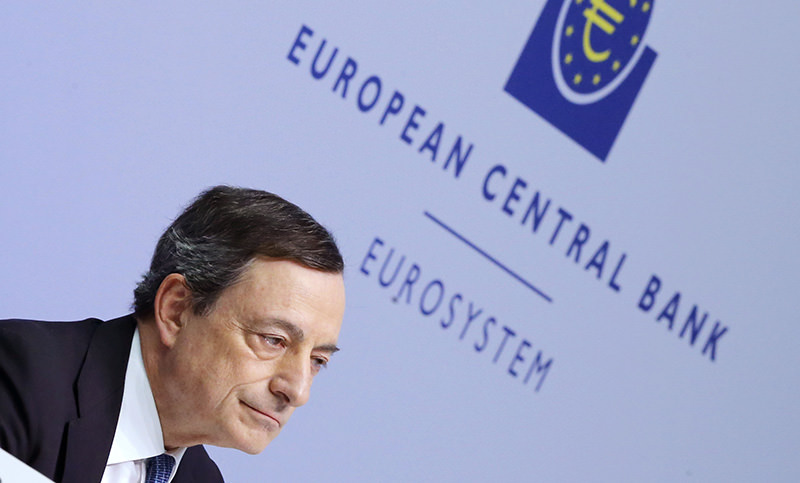 This Thursday, March 10, 2016 file photo shows, President of the European Central Bank, Mario Draghi, speaking during a press conference following a meeting of the governing council in Frankfurt (AP Photo)
by Associated Press Apr 21, 2016 12:00 am

The European Central Bank has left its key interest rates unchanged as it assesses whether current record lows will stimulate the tepid recovery in the 19 countries that share the euro currency.

The ECB said Thursday that its 25-member governing council kept its key benchmark at zero. The refinancing rate determines the cost of central bank credit to commercial banks, and through that steers many other short-term lending rates.

The central bank also didn't touch its rate of minus 0.4 percent on funds left on deposit at the central bank by commercial banks. That unusual negative rate is aimed at getting banks to lend the money, not stash it.

Analysts expect ECB head Mario Draghi to stress at a news conference that the bank could add stimulus measures if needed.