Bank Asya to be sold or liquidated by the end of the month, banking authority head says 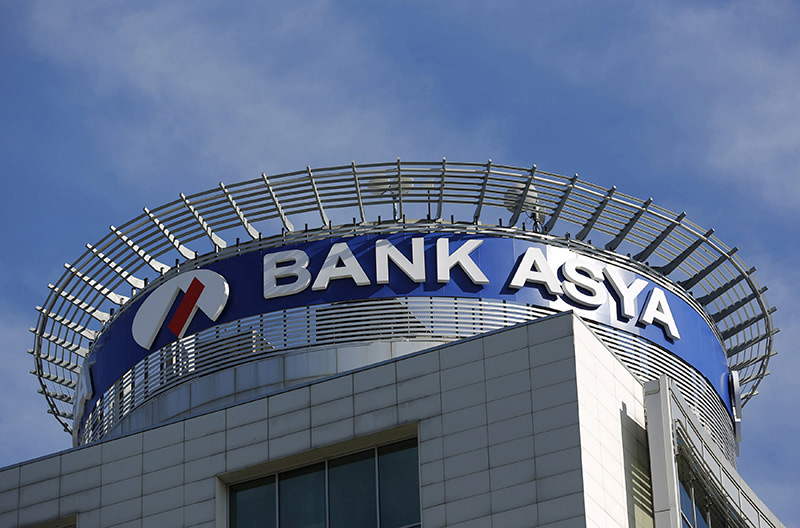 Mehmet Ali Akben, president of the Banking Supervisory and Regulatory Authority (BRSA), said Tuesday that Bank Asya participation bank, which was seized by the Savings Deposit Insurance Fund (SDIF) on May 30, 2015, will either be sold by the end of the month or its license will be canceled.

Akben said that the SDIF is currently holding talks with prospective buyers for Bank Asya, but the BRSA will proceed with the liquidation of the bank in case the sale has not been finished by the end of the month.

Believed to be the main financial institution of the controversial Gülen Movement and its affiliated companies, Bank Asya's financial situation deteriorated as Turkish authorities started probing the shadowy organization. The bank started reporting huge losses throughout 2015, while its shares were suspended from trading in Borsa Istanbul (BIST) on Sept. 26, 2014 due to high volatility threatening investors and to prevent further losses. Starting from February, the BRSA initially seized the shares of the bank belonging to Gülen-linked companies, while a complete takeover came on May 30. Irregular monetary transactions and loans to Gülen-linked companies and a lack of transparency in conducting business were cited among the key reasons for the bank's seizure.

In May of last year, the BRSA's audit report on Bank Asya said the bank's privileged shareholders signed blank transfer contracts and a large number of dubious transactions were carried out. The audit report, which was addressed during a four-and-a-half-hour BRSA meeting, revealed that 40 percent of the bank's privileged shareholders signed blank transfer contracts, making the bank's shareholding structure questionable. Pointing to the deterioration of the bank's financial structure, the report said that the assets of the bank shrank considerably. After 63 percent of stakes belonging to the bank's A group shareholders were transferred to the SDIF with the exception of dividends on Feb. 3 2015, the BRSA launched an investigation into the bank, finding a number of questionable transactions in investigations carried out by financial crimes specialists and the financial crimes unit of the police department.

According to Article 71 of the Banking Law, banks are given shareholder rights as well as management and inspection exceptions for dividend rights, but it requires the bank's financial strength be strengthened and restructured as well as for any takeover, merger or acquisition to occur within at latest one year along with the additional three-month process after the takeover is initiated. Otherwise, as the legal procedure requires, a bank will be liquidated if it cannot be integrated into the financial system in the aforementioned ways.

The provisioned nine-month process for Bank Asya was prolonged by three months as of Feb. 29. According to a written announcement from the SDIF at the time, the final decision to end the Bank Asya takeover process will be taken within three months, adding that the process will end in either a selloff or a merger and acquisition. The written statement commented on the existing legal framework, as it is not possible for a bank with the status of a fund bank to be repurchased by former shareholders. Unless any such cases are realized, the bank will be liquidated at the end of the three-month process.
On May 29, the BRSA ruled for the complete the SDIF's takeover of all shares of Bank Asya due to the bank's failure to fulfill its obligations. The BRSA said in May 2015 that the bank's profits and capital base had collapsed despite being put under the scope of Article 70 of the Banking Law that regulates the BRSA's intervention in troubled banks. The BRSA added that the trouble in Bank Asya's financial structure, administration and operations pose risks to depositors as well as the security and stability of the financial system.

The Gülen Movement is accused of infiltrating state institutions through large-scale cheating and nepotism with aims to topple the democratically elected government through investigations launched by its members in the police and judiciary using fake evidence and illegal wiretapping.