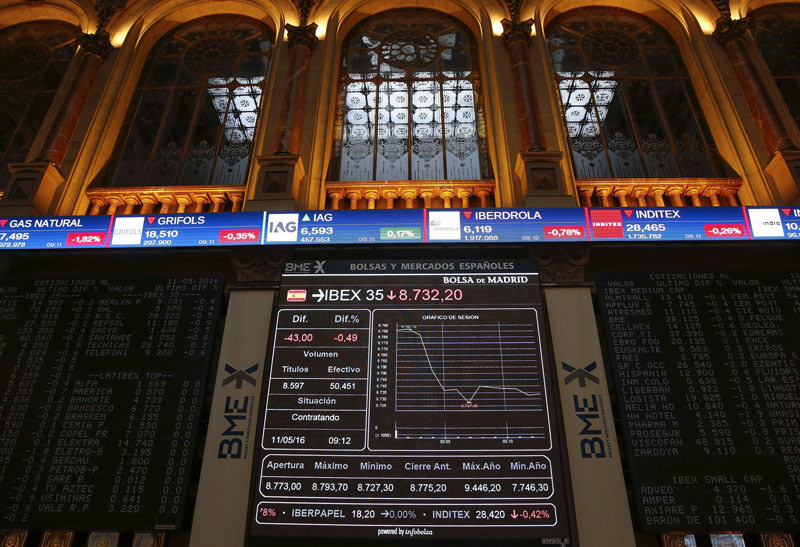 Global stock markets faltered Wednesday amid further signs that the rally since the February lows has run its course and traders pondered which way the next move will be.

CATALYSTS NEEDED: So far this year, there have been a number of drivers in financial markets, notably worries over the scale of the economic slowdown in China and the precipitous fall in the price of oil. Those issues have taken a bit of a backseat lately, helping stocks to recover the ground lost in the first few weeks of the year. With the economic news flow this week fairly light, traders are pondering where markets will go next.

ANALYST TAKE: David Cheetham, market analyst at XTB, says the market appears to be "consolidating ahead of another big move after pulling back from highs following a strong rally since the February low."

OIL: Benchmark U.S. crude was flat at $44.66 while Brent crude, the benchmark for international oil prices, rose 30 cents to $45.82 a barrel in London.