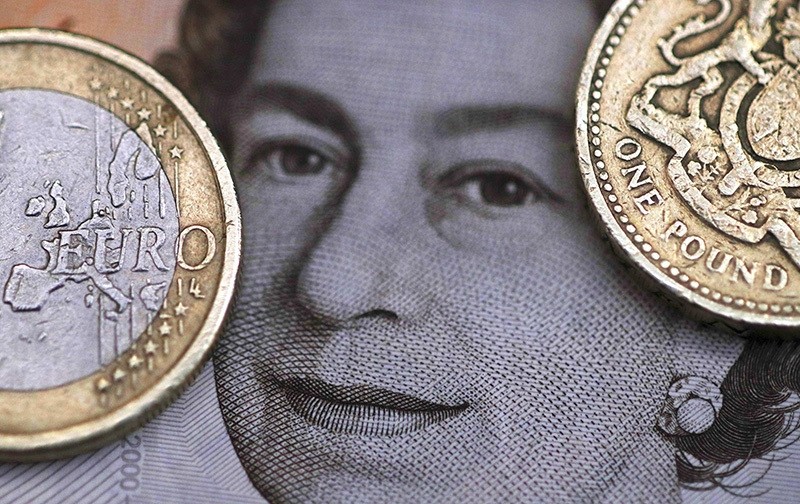 The pound was at two month lows on Tuesday as worries over Britain voting to leave the European Union bolstered demand for safe-haven units, including the yen.

The Japanese currency's strength sparked another warning from officials that Tokyo could intervene in markets to stem its rise, which is threatening Japan Inc's profits.

British voters go to the polls on June 23 to decide whether to leave the EU, with a so-called Brexit threatening to hit the country's economy.

Several opinion polls showed that support for quitting the 28-member bloc was gaining momentum ahead of next week's vote.

"Risk sentiment has taken a beating with volatility up partly on latest Brexit polls still showing the UK is on course to quit the European Union," said Ray Attrill, co-head of currency strategy at National Australia Bank.

"Amid all of this, the yen continues to demonstrate its preeminent safe-haven characteristics."

The yen moved toward its strongest level since October 2014 as traders push into a currency seen as a safe bet in times of turmoil.

Finance Minister Taro Aso on Tuesday repeated a warning that officials were ready to step into currency markets to tame the yen, risking a face-off with other advanced economies, which have agreed not to weaken their currencies to gain a trade advantage.

Tokyo has previously said a market intervention to tame the yen's "speculative rise" would not violate those promises.

"Sudden and large changes (in forex rates) are not desirable... We will act firmly when necessary," Aso told reporters.

The Federal Reserve opens a two-day policy meeting later Tuesday, as markets await clues about when the US central bank will lift borrowing rates.

Few expect any Fed move this week, but observers are divided over whether the BoJ will announce more stimulus after its policy meeting ends Thursday.

Emerging currencies broadly rose against the dollar with the South Korean won, Malaysian ringgit and Thai baht all higher in afternoon trading.