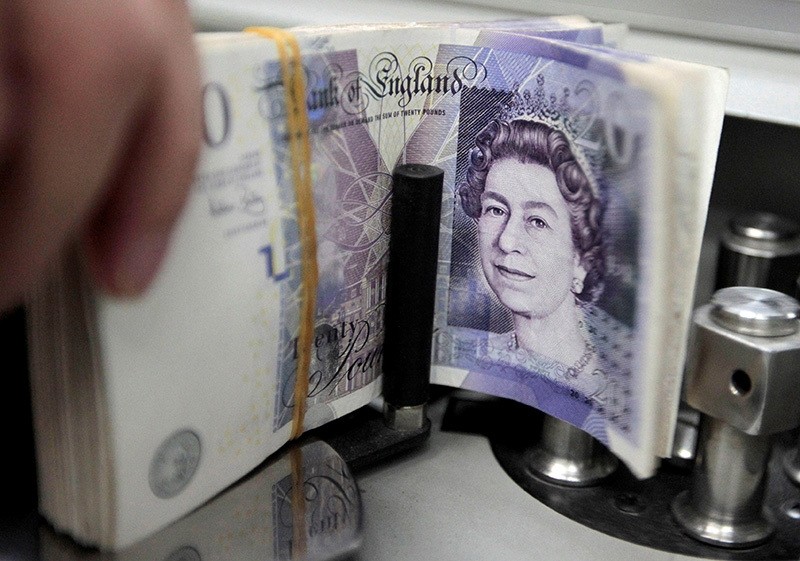 Standard Life Investments said late on Monday that it had suspended all trading in its UK real estate fund, one of Britain's largest property funds, in one of the first signs of major financial stress following the results of the June 23 referendum.

The investment house, part of the insurer Standard Life, said the decision had been taken after an increase in redemption requests due to uncertainty following the vote. It had said last week that it had reduced the value of the fund, which invests in UK commercial real estate assets, by 5 percent.

The announcement came after the end of trading in London on Monday and, with trade thinned by the closure of U.S. markets for the Independence Day holiday, Tuesday was traders' first proper chance to react to the news.

Against the euro, the pound also skidded by 1 percent to 84.86 pence, its weakest since late October 2013.

"Risk does seem to be under some pressure today - the news that Standard Life is suspending trading in its commercial property fund is having some impact for sure, and that's contributing to the generally weaker tone in risk sentiment," said Societe Generale currency strategist Alvin Tan.

A survey of purchasing managers from Britain's dominant services sector for June, which should capture some of the immediate reaction to the Brexit vote, is due at 0830 GMT.

Some investors are anxious that the number could be very weak following Monday's data showing the construction industry suffered its worst contraction in seven years.

"The pound remains under downward pressure in the near term, undermined by building concerns that the UK economy is slowing sharply following the Brexit vote," wrote Bank of Tokyo-Mitsubishi UFJ currency economist Lee Hardman in a research note.

"The extent and speed of the downturn (in the construction sector) in the face of political and economic uncertainty is a clear warning flag for the wider post-Brexit economic outlook."

The Bank of England will publish its semi-annual Financial Stability Report later in the morning, which analysts said would be an opportunity for the bank to reiterate its ability to manage the financial system in the aftermath of the Brexit vote, but should not affect the pound much.

British finance minister George Osborne will also meet heads of major banks on Tuesday to discuss how the country should respond to the decision to leave the European Union.