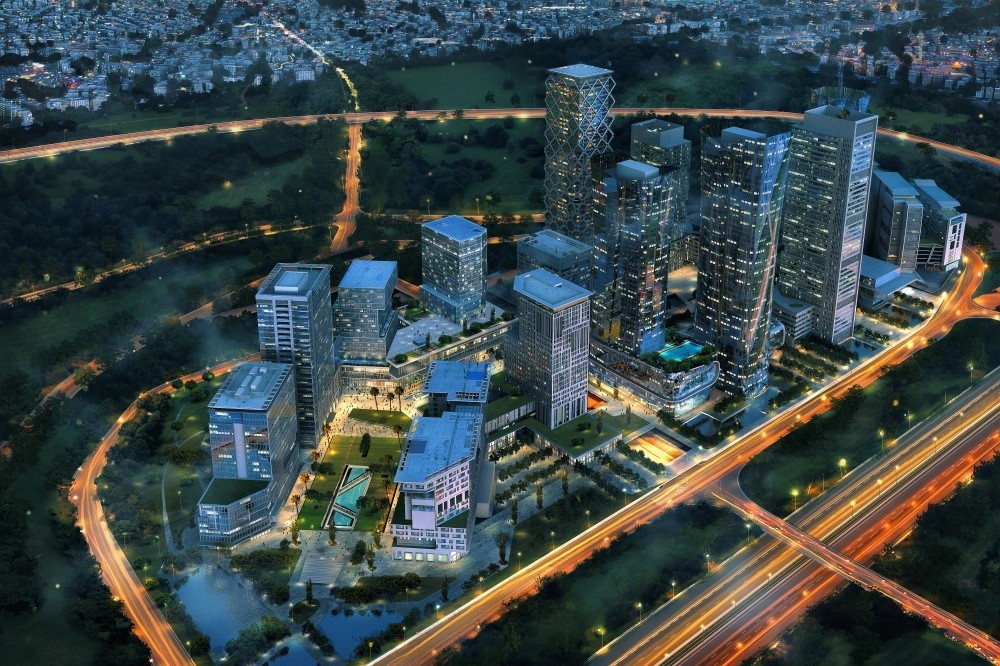 The ground-breaking process for the Istanbul International Finance Center is finally been completed and it is now time for the project to find its legal ground. Finance Minister Ağbal announced that the ministry is working to define a legal infrastructure that will draw in international financiers with new instruments

Finance Minister Naci Ağbal said the ministry initiated studies on a draft law on the Istanbul International Finance Center (IIFC). Ground has been broken for the IIFC last week as the foundations of two buildings have been laid down. Now, Istanbul's new center for finance is trying to find its legal ground.

Speaking to Anadolu Agency (AA) Ağbal stated that the government introduced new financial instruments step by step, including the founding of the Sovereign Welfare Fund (SWF), real estate certificates, and Islamic finance tools, in an attempt to intensify Turkey's financial markets. Underlining that these steps are important for capital markets, the distribution of capital and promoting savings in the long term, the minister said the construction of the IIFC is not enough to invigorate financial markets on its own. He added, "If the Istanbul Finance Center will be an assertive project for the future, it must offer the same opportunities as other competitive financial markets and even surpass them." To this end, Turkey will make tax burdens on financial market transactions more competitive than other countries.

According to the minister, the government needs to launch some incentives and tax advantages to attract qualified investors and provide guarantee for their financial transactions in the country. The draft law on the IIFC aims to offer opportunities and advantages to financial players and attract international financial institutions to Turkey.

The groundbreaking ceremony for the Capital Market Board (CMB) and Banking Regulation and Supervision Agency (BDDK) buildings, developed by the Housing Development Administration of Turkey (TOKİ) as a part of the Istanbul International Finance Center (IIFC) in Istanbul's Ataşehir district was held last week.

At the IIFC, which is said will turn Istanbul into "a regional and a global financial center," 50,000 people will be employed and it will have 25,000 daily visitors once opened. The project is aimed at developing the conditions required for Istanbul to rank among the leading financial centers of the world. More precisely, the project aims at developing a legal infrastructure up to international standards, adding to diversity of financial products and services, simplifying and increasing the efficiency of the taxation system, improving the regulatory and supervisory framework, strengthening the physical and technological infrastructure, providing a training infrastructure to meet the requirement for qualified human resources and creating an organizational structure that will realize promotional and monitoring activities worldwide.

Among the joint infrastructure work being launched in the scope of the financial center include an administrative building, a police station, a health center, fire department, continuing education center, various academic courses, a mosque, a nursery, an underground parking lot and a trestle will all be built, bringing together joint infrastructure work in the financial center for financial sector giants like the Capital Market Board (SPK), the Banking Regulation and Supervision Agency (BDDK), Ziraat Bank and Vakıfbank. The infrastructural work also includes environmental planning to be completed in tandem with the finance center by the first quarter of 2019.
RELATED TOPICS