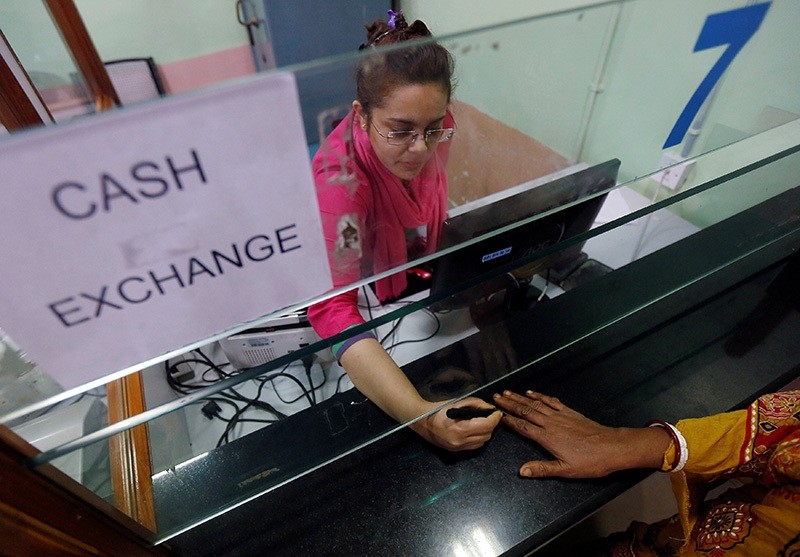 Bank notes of 500 and 1,000 rupees (7 and 15 dollars) ceased to be legal tender from midnight on November 8, less than four hours after Prime Minister Narendra Modi made the announcement.

The sudden decision left India's banks scrambling to replace the old notes with new ones, leading to a liquidity crunch.

Several opposition parties including the Indian National Congress, the left parties and some regional parties announced they would be holding protests across the country on Monday to mark an "Aakrosh Divas" or day of anger.

Economic Affairs Secretary Shaktikanta Das said at a press briefing on Wednesday that no transaction charges would be levied on debit cards and there would be no service charges on digital transactions on so-called feature phones until December 31.

Feature phones are basic mobile phones that can access the internet but are not smartphones. They comprise about 59 per cent of the mobile phone market in India and are predominantly used in small towns and rural areas, according to a recent study by the Cyber Media Research Group.

Das said the limit on the amount of money that can be kept in an e-wallet was being raised and that all government organizations had been asked to use digital payment avenues for salaries.

He added that the move towards digitization had been a positive side effect of the events since November 8 and the latest measures should encourage further migration away from cash payments.

Using digital payment avenues reduces the possibility of fraud and tax evasion, banker Soumya Prasad said. Currently, about 96 per cent of commercial transactions in India are made with cash.

Modi has said the demonetization was part of the fight against corruption, black money and fake currency.

The crunch is being felt the hardest in India's rural areas and small towns where a bulk of transactions is done in cash.

The government has announced several measures to help farmers who are in the midst of the winter sowing season including allowing old 500 rupee notes to be used to buy seeds from state-run outlets.

Das on Wednesday said the state-run National Bank for Agriculture and Rural Development (Nabard) would provide farmers' cooperative banks 210 billion rupees to enable them to give loans to farmers to see the sowing season through.

The sudden move, which Modi said had to be kept a secret to prevent the dishonest from converting their black money, has led to weeks of long queues outside banks and ATMs as the central bank failed to ramp up to meet the demand for new currency notes given its resources.

Opposition political parties have been bringing the ongoing parliament session to a halt daily demanding answers from the prime minister on what they claim is poor planning and execution on part of the government.

Congress party vice president Rahul Gandhi said Modi needed to give answers in parliament. "What the PM has done is the biggest impromptu financial experiment in the world. He did not ask anyone."
Last Update: Nov 23, 2016 6:32 pm
RELATED TOPICS