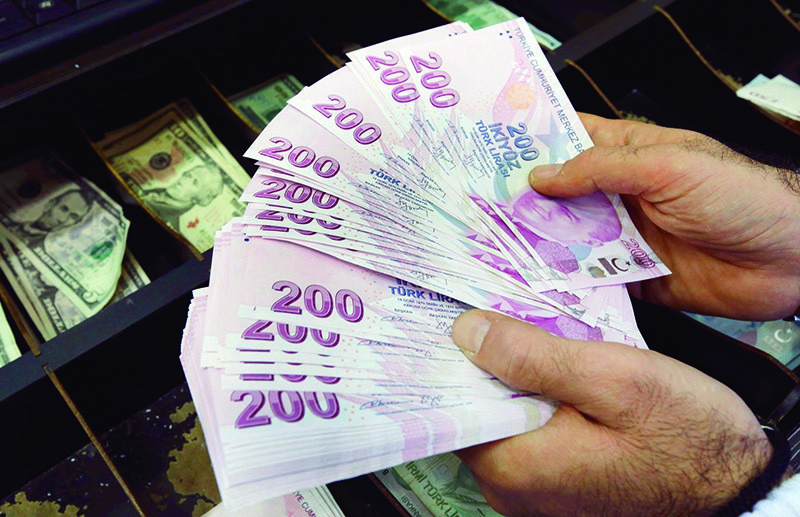 The Turkish lira gained nearly 2 percent in value against the U.S. dollar in the last two days by Wednesday amid Turkish people, institutions rushing to convert their dollars after President Recep Tayyip Erdoğan's call to protect the currency by exchanging dollars for liras.

The lira suffered heavily prior to Erdoğan's intervention due to global currency volatility in the wake of Donald Trump's presidential victory.

On Dec. 2, Erdoğan urged people to change dollars for lira and use the local currency for all trade. The lira later rose 4.62 percent in value against US dollar over five days, pushing the dollar/lira rate below 3.39 level from a historic high of 3.5975.

On Wednesday, the Defense Ministry announced that its support fund had switched its foreign exchange savings to the lira.

According to a statement, $262.7 million and €31.3 million in foreign exchange savings were converted to the local currency in response to the president's call.

The Energy Market Regulatory Authority (EMRA) also announced that it would change to use the lira for natural gas distribution tenders and the Turkish Standards Institute said it had converted all cash assets to the lira.

They followed the Borsa Istanbul stock exchange, which on Dec. 2 decided to convert all its cash assets to lira, the Privatization Administration as well as chambers of commerce and industry and ordinary citizens who sold their foreign currency savings for lira.

The president's call also saw small businesses offering free goods and services to those who could prove they had converted to lira. In the northwestern province of Bursa, marble salesman Enes Alan offered free gravestones.