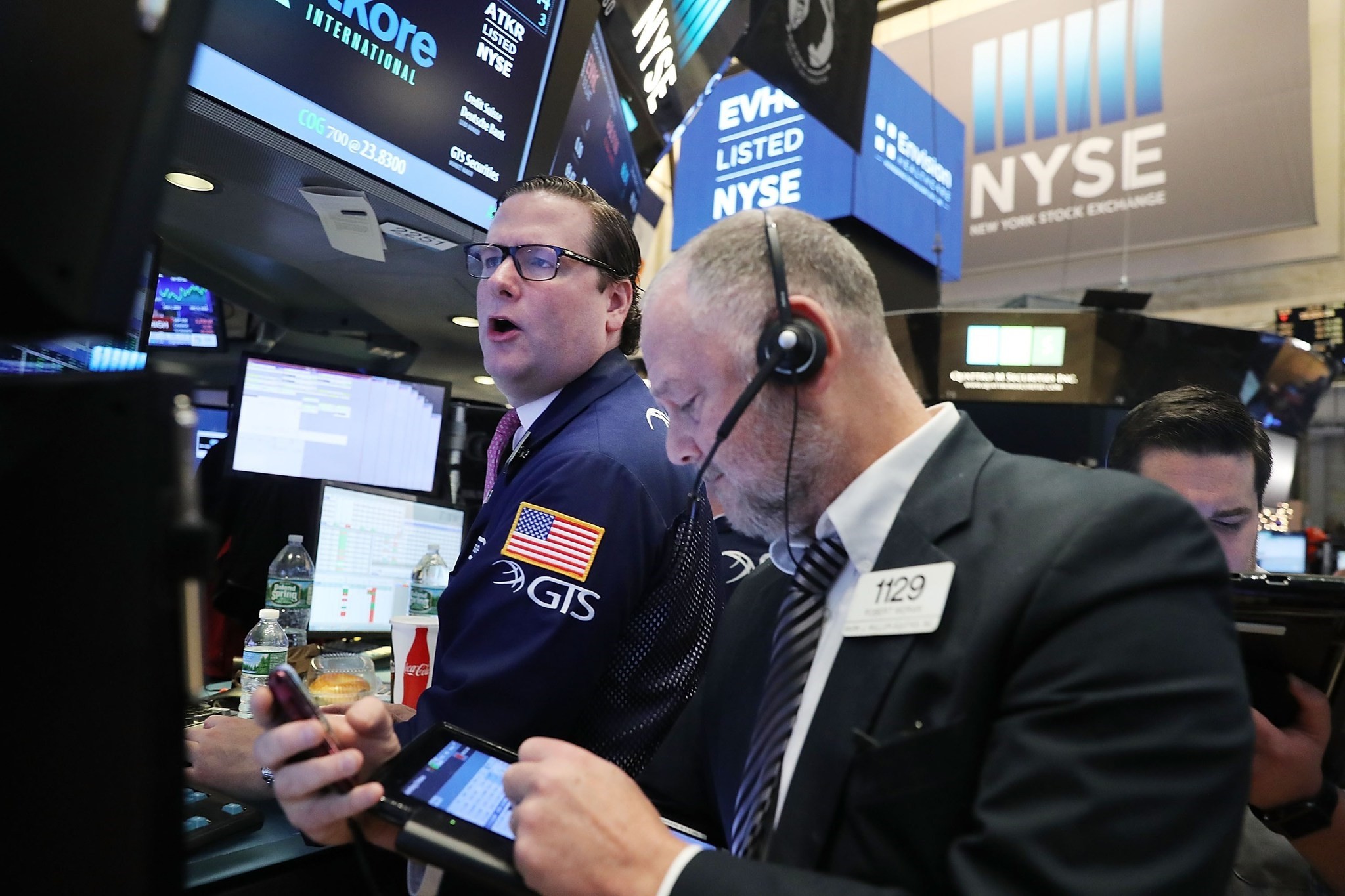 Major US stock indexes are closing at record highs for the second day in a row.

Banks and materials companies logged the biggest gains Thursday. Goldman Sachs, which has surged 33 percent since the election last month, had the biggest gain in the Dow Jones industrial average.

Small-company stocks continued to outpace the rest of the market by a wide margin. The Russell 2000 of small and mid-size companies jumped 1.6 percent, far more than other indexes.

Investors have driven up equities since Trump's Nov. 8 election over optimism about domestic economic stimulus and reduced corporate taxes and regulations.

Supporting the upbeat sentiment was a report that showed the number of Americans filing for unemployment benefits fell from a five-month high last week, pointing to labor market strength that underscored the economy's momentum.

Financials, among the major gainers since the election, led the way again on Thursday, rising 0.9 percent.

"This is just a continued melt-up post-election. The path of least resistance has been higher," said Jason Ware, chief investment officer with Albion Financial Group in Salt Lake City, Utah.

"Seasonally, you have a strong period. You have money coming out of the bond market ... so that money has to go somewhere," Ware said.

All three indexes set new intraday records, although they came off session highs. The Russell 2000 index of small-cap stocks, which has soared 15 percent since the election, also hit a new high.

The Dow Jones Transport index rose 0.3 percent, a day after setting a new closing record high for the first time in two years. The fresh high triggered a bullish sign for some investors who look for parallel performance for both the Dow industrial and transportation averages.

Investors were also digesting the European Central Bank's decision to trim back its asset buys but also its vow of protracted stimulus to aid a still-fragile recovery.

Next week's Federal Reserve meeting, at which the U.S. central bank is widely expected to raise interest rates, is also coming into focus as market participants seek clues about the future pace of any rate hikes.

Advancing issues outnumbered declining ones on the NYSE by a 1.60-to-1 ratio; on Nasdaq, a 1.97-to-1 ratio favored advancers.