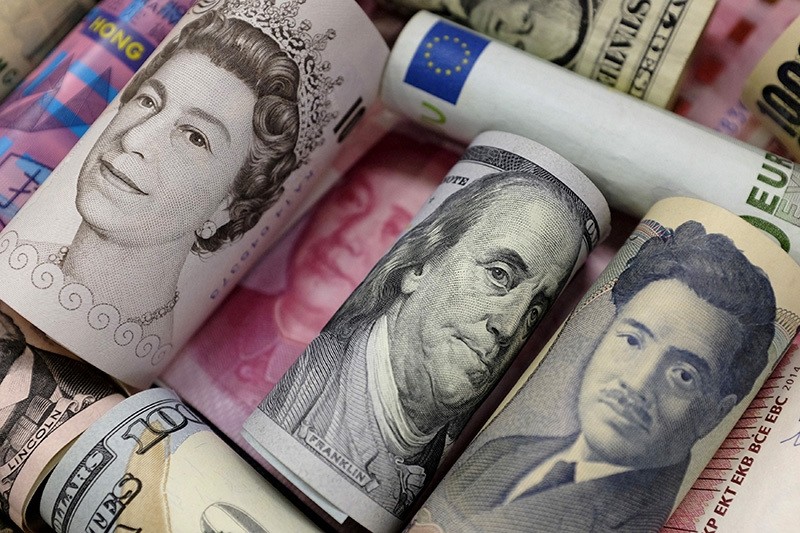 Gold hit its lowest since early February on Thursday after the Federal Reserve sounded an unexpectedly hawkish note on U.S. interest rates, sparking a surge in Treasury yields and sending the dollar to a 14-year high.

Meanwhile, against the yen, the dollar jumped as much as 0.7% on the day to hit 117.87, its strongest since February.

Analysts said Japan might now step up verbal warnings against excessive yen declines versus the dollar.

Lifting the federal funds rate to a 0.50-0.75 percent range on Wednesday, the U.S. central bank flagged a faster pace of hikes next year as it geared up for the incoming Trump administration's pledges to cut taxes and boost spending.

That sparked a rally in the dollar, pressuring assets priced in the currency, while U.S. Treasury yields soared, lifting the opportunity cost of holding non-yielding gold.

"The rate hike was pretty much priced in, so what gold is really reacting to is the anticipation of three rate hikes next year instead of two," UBS analyst Joni Teves said.

Daisuke Karakama, chief market economist at Mizuho Bank in Tokyo, said that "I doubt that Fed can actually raise interest rates three times next year. Last year they planned to have four rate hikes, but ended up raising only once."

The allure of higher U.S. yields took a toll on emerging Asian currencies, with the Chinese yuan hitting its lowest levels in more than eight years.

The Norwegian crown surged 0.6% to 8.9715 crowns per euro after the country's central bank marginally raised its prediction for borrowing costs in 2019.

The metal had already fallen sharply in the run-up to the Fed meeting after Republican candidate Donald Trump's election to the U.S. presidency sparked a rally in the dollar and a rise in assets seen as higher risk, like stocks, at gold's expense.

The metal saw its biggest monthly drop since mid-2013 in November, and is down 10 percent since the election.

Holdings of the world's largest gold-backed exchange-traded fund, SPDR Gold Shares, are down about 10 percent from mid-November. Holdings fell again on Wednesday, by 6.8 tonnes.

"The sell-off in ETFs is the result of lack of investor appetite in the gold markets," ANZ analyst Daniel Hynes said. "The weak physical markets in China and India are not really helping gold."

Indian demand has suffered from a cash crunch in recent weeks after officials suspended the use of some bank notes, while Chinese traders say the People's Bank of China has limited imports into the world's biggest gold market.

Palladium, bucking the trend among the major precious metals, was up 0.5 percent at $723.50. The white metal is mainly used in autocatalysts, and tends to be more broadly correlated to other cyclical assets than gold, silver and platinum.