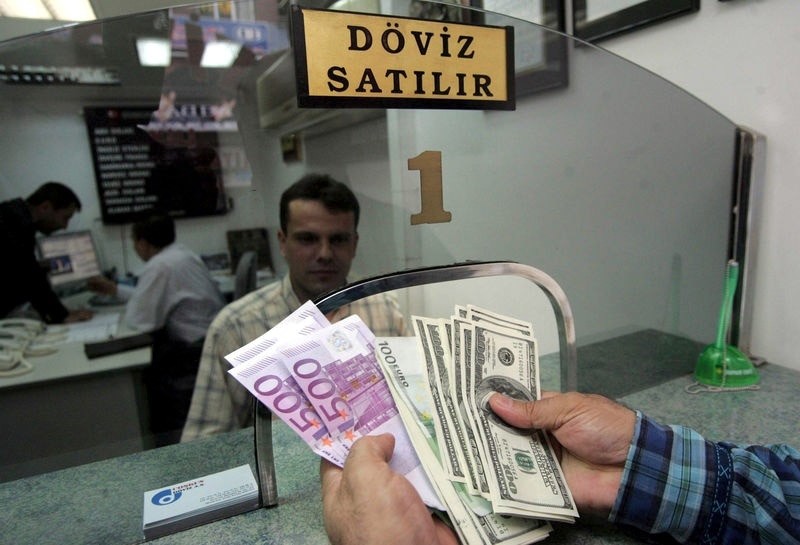 The global surge in the dollar and ongoing local and global uncertainties led the dollar/Turkish lira parity to see a new record hitting above 3.73 yesterday. The euro also spiked against the Turkish lira with a record at 3.93.

The journey of the U.S. dollar, which hit a record high at 3.64 last week, resumed on the first trading day of this week, accompanied by the euro.

On Monday morning, the dollar started the trading day above TL 3.65 due to the global spike of the dollar and the ongoing local and global uncertainties. As of the first moment of the market opening, the dollar continued its gradual surge, seeing almost 3.74.

"The lira has always been one of the most exposed EM currencies to any sign that monetary policy in the U.S. will tighten because of its large external financing requirement," said William Jackson, senior emerging markets economist at Capital Economics.

The worry that the Central Bank of the Republic of Turkey (CBRT) might abstain from interest rate hikes, the possibility of a political pressure in case of an interest rate hike, and the fact that the dollar surge continues worldwide creates enormous pressures on the local currency.

The euro also accompanies the dollar in its journey to new records. After increasing to new record levels at 3.9340, the euro was traded at 3.91.

The impact of global markets and local political developments on the Turkish lira will be closely followed, the bankers said.

The stock market secured a relatively serene profile, despite the volatility in currency. The Borsa Istanbul (BIST) 100 index started the day negatively and entered the continuous action operations with 76.891 points by losing 215 points. In the second half of the day, the index rose because of purchases and it tried to hold on at 77.000 points level.

With regard to the spiking dollar against the Turkish lira, Deputy Prime Minister Nurettin Canikli said, "Some forces use currency manipulations and create volatility, demanding interest rate hikes. They run a 'raise the rates' campaign in sync."