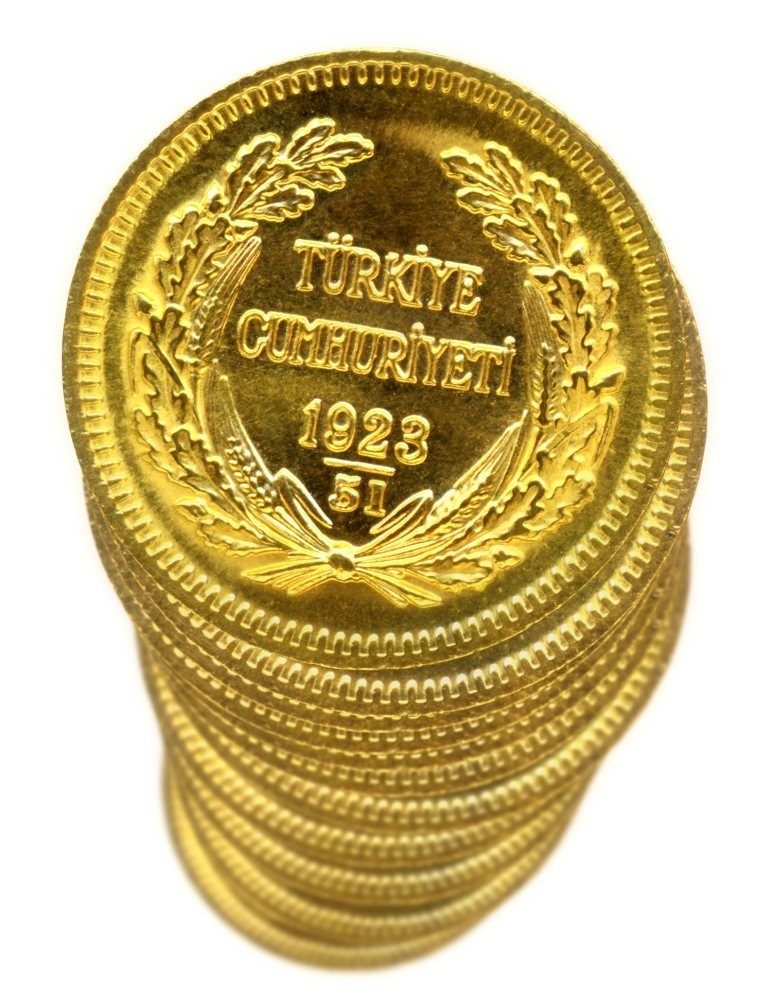 The gold price per gram on the free market hit an all-time high at TL 151.6 as the price of one ounce of gold exceeded $1,200 in the international market, because of the upward movement of the greenback.

On Wednesday, the gold price per gram closed the day at TL 148.2, increasing by 2.2 percent and recording a surge for the fifth day in a row.

After hitting a record at TL 151.6 before yesterday afternoon, the gold price per gram found its balance at around TL 147.72 later in the day. The quarter gold coin was quoted at TL 240.20 and the cumhuriyet gold coin was traded at TL 986.21 in the afternoon.

Following statements by U.S. President-elect Donald Trump at his first news conference after his election, one ounce of gold recorded its highest value, $1,201, since Nov. 23 2016.

Analysts indicated that Trump's statements reinforced the perception of uncertainty in the financial markets and led investors to national bonds and gold, which are regarded as safe havens. They further noted that one ounce of gold found resistance at $1,215 and support at $1,190.
Last Update: Jan 16, 2017 11:25 am
RELATED TOPICS