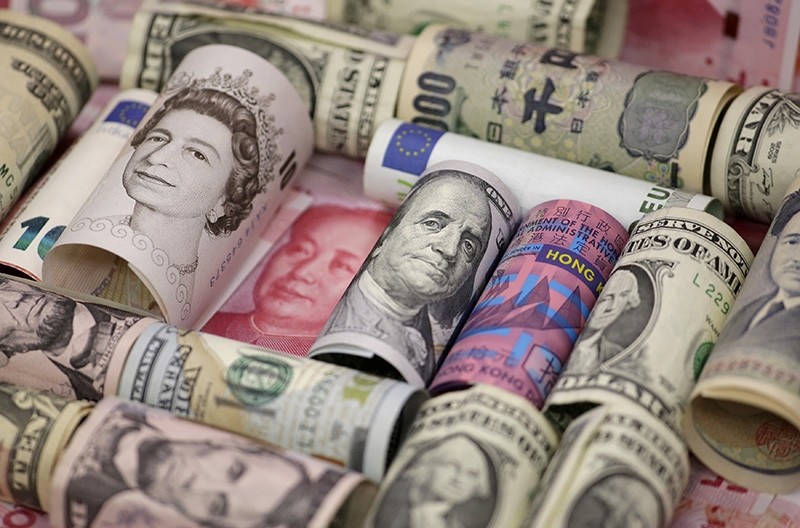 Japanese stocks tumbled while Chinese markets gained Monday after Donald Trump took office as the U.S. president and promised "American first" policies, adding to concerns about the threat of protectionism.

The dollar slipped more than 1 percent against the yen on Monday, as investors locked in gains on the greenback's recent.

After being sworn in as the 45th president of the United States on Friday, Trump promised to build infrastructure and boost employment, aspects of his agenda the market likes.

But he also adopted a harsh anti-establishment tone throughout his speech, suggesting a tough line on trade that has worried economists.

He again supplied few concrete details on his plans to ramp up the world's top economy but on Sunday vowed to start renegotiating the North American Free-Trade Agreement during upcoming talks with Mexico and Canada.

A strong yen is a negative for shares of Japanese exporters because it makes their products less competitive abroad and reduces profits when repatriated.

"The dollar is being sold off pretty aggressively, with the euro at the highs. It's across-the-board dollar selling, not just the risk on/risk off trade," said Bart Wakabayashi, head of Hong Kong FX sales at State Street Global Markets.

Investors feared the downside of a strong dollar. A Reuters poll published on Monday showed Japanese companies believe that neither Trump nor Japanese Prime Minister Shinzo Abe want to see the yen weaken significantly, a development they worry could spark an unwelcome political backlash.

In the monthly poll of 531 big and mid-sized companies 73 percent of respondents said Trump would not tolerate the dollar rising beyond 120 yen, and 90 percent saw 125 yen as a red line.