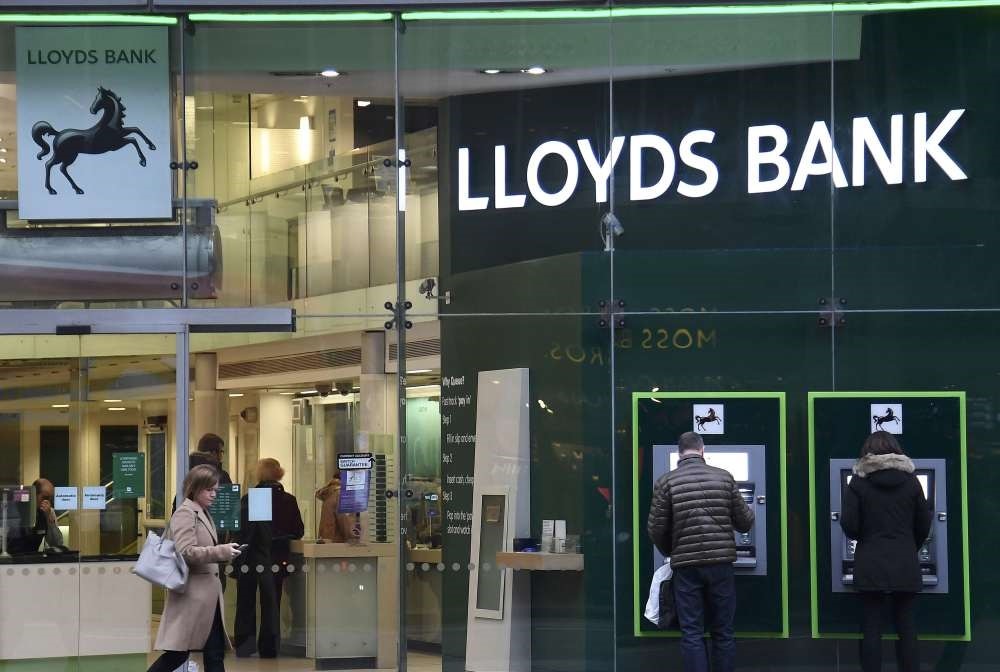 British Lloyds, trying to leave behind the overwhelming cost of insurance scandal, announced that its net profit surged more than four times to 2 billion pounds in 2016
by Feb 23, 2017 12:00 am

Lloyds Banking Group says its underlying profits rose slightly in the last quarter as the bank has begun to move beyond costly insurance scandals, which totals more than 17 billion pounds, and a government rescue during the financial crisis

LBG pointed to an "uncertain" economic outlook as Britain prepares to exit the European Union but said the U.K. economy was in good shape having performed better than expected following last June's referendum in favor of Brexit.

"We have delivered strong financial performance in 2016 as we continue to make good progress against our strategic priorities," group chief executive Antonio Horta-Osorio said in the earnings statement.

Lloyds is cutting 3,000 jobs this year, bringing to 12,000 the number of positions it has decided to axe since 2014, while - in a sign of its turnaround - the bank bought Bank of America's U.K. credit card division MBNA for 1.9 billion pounds in December.

LBG on Wednesday said it took another 1.0-billion pound hit last year to compensate customers who were mis-sold insurance, although this was much reduced compared with a bill of 4.0 billion pounds in 2015 regarding the same issue.

"Looking forward to 2017, Lloyds will be hoping it has drawn a line under the whole PPI affair, and profits will thus be unshackled from a millstone that has cost the bank dearly in recent years," said Laith Khalaf, senior analyst at stockbrokers Hargreaves Lansdown.

In 2011, British banks lost a high court appeal against tighter regulation of the PPI, which provides insurance for consumers should they fail to meet repayments on a credit product such as consumer loans, mortgages or payment cards.

The PPI became controversial after it was revealed that many customers had been sold it without understanding that the cost was being added to their loan repayments.

British authorities subsequently banned simultaneous sales of the PPI and credit products, while U.K. banks have since faced a total compensation bill of about 30 billion pounds. Lloyd's latest update meanwhile comes with it close to a full return to the private sector.

The British government is no longer the biggest shareholder in LBG after recently reducing its stake to below 5 percent.

The government rescued Lloyds with 20 billion pounds of taxpayers' money at the height of the global financial crisis in 2008, since when the state has sold down its original stake of 43 percent.

"The combination of the progress we have made towards our strategic priorities and our strong financial performance has enabled the U.K. government to further reduce its stake in the group to less than 5 percent... returning over 18.5 billion pounds to the U.K. taxpayer since 2009," LBG said Wednesday. It means that U.S. fund manager BlackRock is now the bank's single biggest stakeholder.

"The Lloyds share price has jumped on the back of these latest results, which bodes well for the remaining shares that the government is yet to sell," said Khalaf.

On Brexit, LBG said the "U.K.'s decision to leave the European Union means the exact nature of our relationship with Europe going forward remains unclear and the economic outlook is uncertain."

It added: "Given our U.K. focus, our performance is inextricably linked to the health of the U.K. economy which has been more resilient than the market expected post-referendum."
Last Update: Feb 23, 2017 1:12 am
RELATED TOPICS