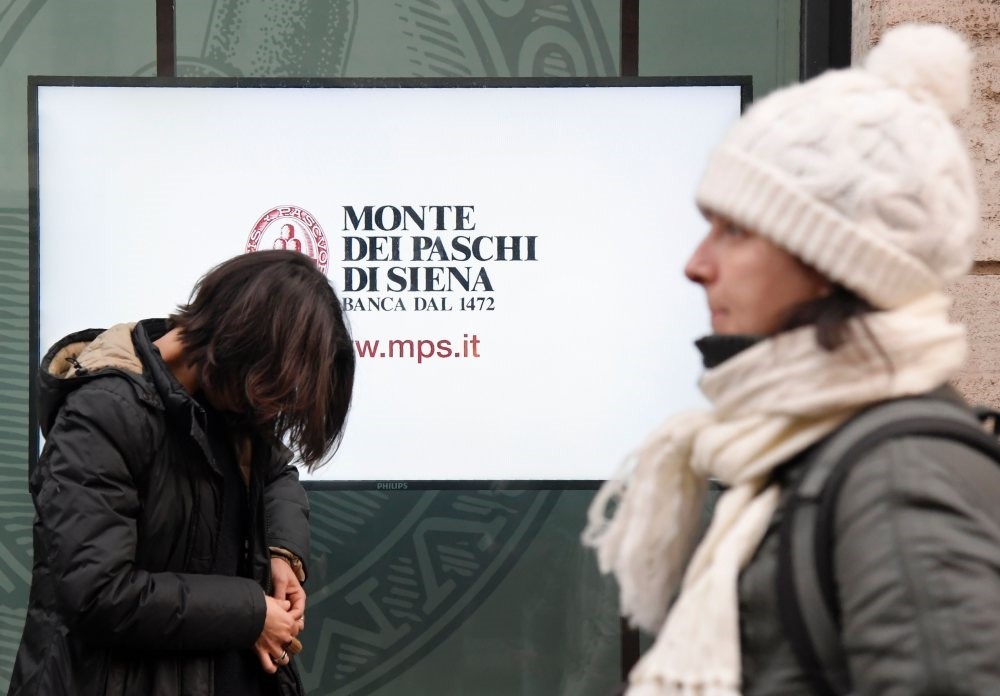 Banca Popolare di Vicenza and Veneto Banca said on Friday they had requested a so-called precautionary recapitalization by the state - a mechanism that exploits an exception to European rules meant to prevent the use of taxpayer money to save banks.

Italy is already seeking to use the scheme for its fourth biggest bank, Monte dei Paschi, where the state is expected to inject 6.6 billion euros to fill an 8.8 billion euro capital shortfall.

The rest of the money needed by the Tuscan bank is due to come from holders of its junior debt, but retail investors in its subordinated bonds will be compensated by the government, on the grounds that they were mis-sold the securities.

The government is keen to avoid imposing unpopular losses on tens of thousands of ordinary Italians who put their savings in the banks. It also wants to spare senior bond investors and big current account holders - who would otherwise have to take a hit under a strict interpretation of European bail-in rules.

Those rules say state aid can be allowed on a temporary basis to banks that have failed regulatory stress tests but are still deemed solvent, if refusal would risk seriously disturbing the economy and financial stability of a member state.

The European Central Bank decided not to disclose the outcome of stress tests on smaller banks - so there is a question mark over the Veneto banks' exact state of health.

The ECB will have to assess whether they are viable and determine the size of their capital shortfall, while the European Commission will decide whether Italy's public support for the two banks is in line with EU state aid rules.

Some analysts question whether the two banks can be considered systemic, given that their combined assets are around 70 billion euros - less than half Monte dei Paschi's total.

Two sources familiar with Italy's position said Rome argues in private that the two banks' failure would send shock waves through the wider Italian financial industry. It would also boost anti-euro political forces such as the 5-Star Movement at the next national election, scheduled for 2018. The Italian treasury declined to comment.

The ECB and the European Commission that governs the bloc are under pressure not to allow Italy to sidestep the rules, which critics say would undermine their credibility.

Germany, the euro zone's largest economy, raised concerns about the Monte dei Paschi plan in December. After weeks of negotiations, Italian Finance Minister Pier Carlo Padoan said on Tuesday there was no date set for a final decision by European regulators on whether it ticked all the boxes.

Asked whether the request for state aid by the Veneto banks was stretching EU rules, an EU source said overuse of the precautionary recapitalisation scheme could set an unhealthy precedent for countries seeking to avoid winding down weak banks.

"If the instrument is used often, and therefore loses its extraordinary nature, as foreseen by the rules, that could be interpreted as an attempt to avoid banking resolution," the source said. A European Commission spokesman said only that the commission had ongoing contacts with Italy over its banking sector. The ECB declined to comment.

A further problem for the Veneto lenders is that government bailouts cannot cover losses already incurred or likely in the near future - such as those stemming from bad loan writedowns.

In Italy, lenders are saddled with 360 billion euros of gross problematic debts, a third of the euro zone's total. The market is pricing in doubts over whether the two Veneto banks fit the bill. Senior bonds in both lenders fell last week on concerns they could be hit should the state aid scheme not come to pass, although they partly rebounded this week.

As neither bank has published full-year results for 2016, investors are in the dark about their real capital needs. Based on the latest available figures for the first half of last year, problematic loans at the two lenders after writedowns totalled 10.2 billion euros at end-June, almost double their combined equity capital of 5.7 billion euros.

Last October the head of Atlante, which owns more than 97 percent of each bank, said their cost-income ratio stood at around 100 percent, a level which he said would make it impossible for any bank to stand on its feet.

A source close to the two banks said they should just about be able to offset expected loan loss charges by using their existing capital, imposing losses on junior debt holders and selling assets. The source however said this course of action still needed to be discussed with regulators.

Spokespeople for both banks declined to comment. With a criminal investigation underway over fraud allegations, the banks are offering to settle with around 170,000 shareholders who were in many cases persuaded to buy their shares in exchange for loans. The aim is to shield the banks from future lawsuits and further losses.

The two lenders said initially they were aiming for an 80 percent take-up. As of Friday both stood at around 50 percent. The source close to the two banks said that if they can reach a take-up of 60-70 percent, this should be enough to convince European authorities that legal risks have been greatly reduced. The offer was due to expire on Wednesday but is likely to be extended until March 25 or March 27, another source close to the matter said.
RELATED TOPICS