Italy may pay $17 billion to save two banks facing bankruptcy 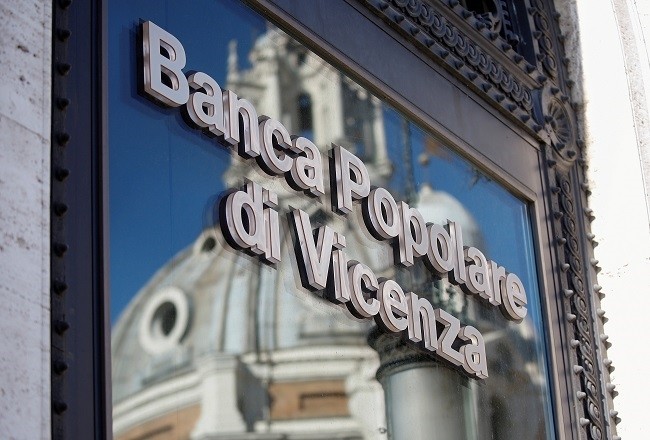 Italy may pay $17 billion to save two banks facing bankruptcy

Italy will pay up to 17 billion euros ($19 billion) to rescue two Venetian banks that are facing bankruptcy, the government said Sunday.

"The total resources mobilised could reach a maximum of 17 billion euros -- but the immediate cost to the state is a little more than five billion," said Finance Minister Pier Carlo Padoan.

After Brussels had last week firmly placed the liquidation ball in Rome's court, Padoan's ministry said Friday night the government would put up around 10 billion euros of state cash to rescue the stricken Banca Popolare di Vicenza and Veneto Banca.

Both face bankruptcy and European authorities had urged Italy to devise a rescue framework, selling off their good assets and transferring toxic assets to a "bad bank," essentially financed by Rome.

Padoan said about 4.8 billion euros would be set aside immediately to "maintain capitalisation" of retail bank Intesa Sanpaolo, which had made that a condition of any cooperation.

Intesa, Italy's biggest retail bank, has put one symbolic euro on the table and attached a further string to the deal by insisting its share dividend policy remain unaffected.

Rome will provide a further "guarantee" of 400 million euros, Padoan said, with the remaining cash going to cover a huge hole due to bad loans.