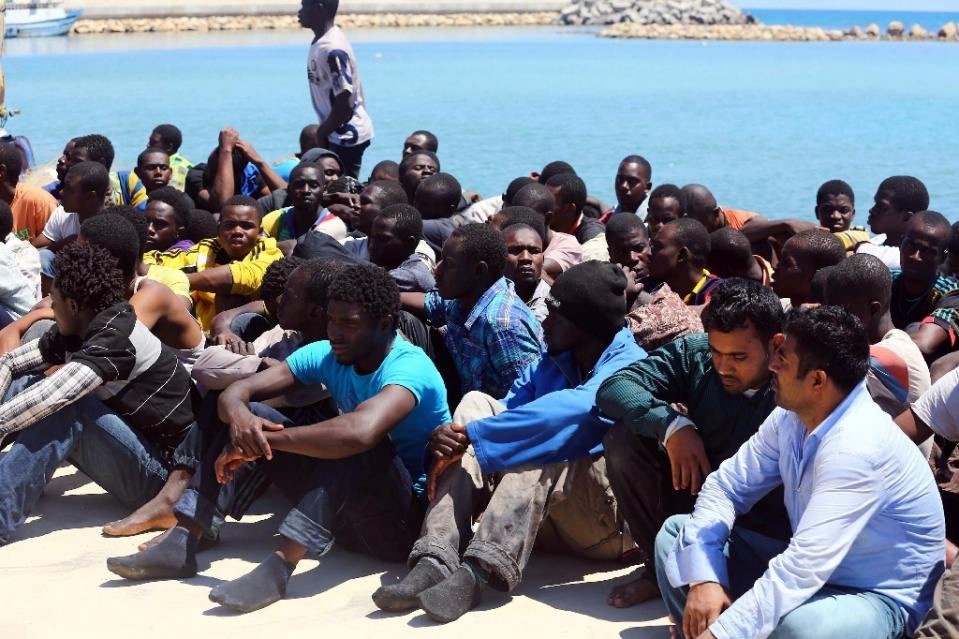 Financial tools are a powerful means disrupting the flow of money generated from human trafficking yet they fail to track down illegal transactions.
by Jul 13, 2017 12:00 am

A UN think tank has said that the global financial sector fails to contribute to combating human trafficking, which mainly victimizes women and children, as it cannot track money or suspicious credit card transactions

The global financial sector is not fully using tools it has at hand to help fight human trafficking, from reporting suspicious credit card activity to seizing assets, said a report released on Tuesday by a United Nations think tank.

The United Nations University (UNU) said financial tools were a powerful means to disrupt the flow of money generated from human trafficking, with the illegal industry estimated to be worth about $150 billion a year.

As many as 45.8 million people, most of them women and girls, are estimated to be enslaved globally, according to the 2016 Global Slavery Index by rights group Walk Free Foundation.

They are typically forced to work in factories, mines and farms, sold for sex, trapped in debt bondage or born into servitude.

Money generated by human trafficking comes from crime and handling those funds can be considered money laundering or, in some cases, financing terrorism, the UNU report said.

"Human trafficking is both big business and a serious crime," said James Cockayne, head of the UNU Office at the United Nations and author of the report, in an accompanying statement.

"Disrupting the associated financial flows associated with these crimes will make a powerful contribution to improving these lives and preventing future crimes."

"Relatively little attention has been paid to the role of the financial sector in efforts to tackle human trafficking and modern slavery, helping to make these crimes relatively low risk and high reward for perpetrators - and, arguably, for banks, other financial intermediaries and investors," the report said.

Also, most financial institutions have a limited understanding of the financial aspects of human trafficking and their risk of exposure, it said.

That is beginning to change, as corruption, bribery and trafficking are increasingly seen as linked, said Archana Kotecha, head of the legal department at Liberty Asia, an anti-slavery charity, and a contributor to the report.

"It is only very recently that the three have started to come together and people to understand that you have to not simply view slavery as a gross human rights violation but as an illicit business," she said at a U.N. event held to release the report.

Obstacles may include laws protecting privacy and confidentiality, technical issues or rules regarding defamation or libel, said the report, entitled "25 Keys to Unlock the Financial Chains of Human Trafficking & Modern Slavery."

In the United States, legislation was introduced in May in Congress that would boost financial regulations to help identify and report trafficking and help deny traffickers access to the financial system.