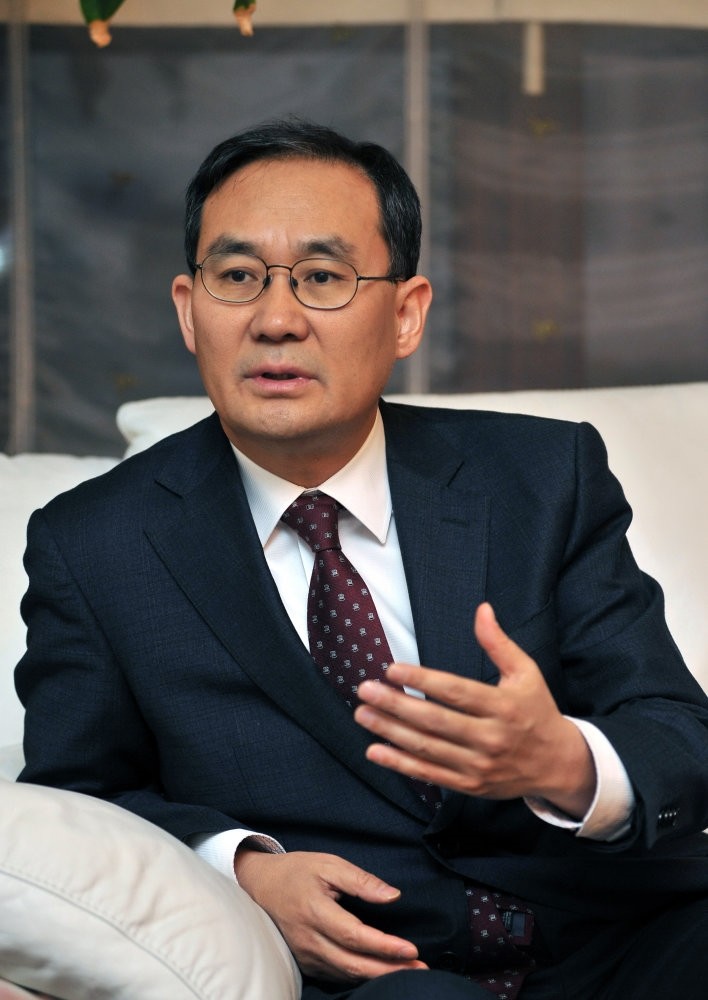 The ambassador of South Korea to Ankara, Cho Yun-soo, has said that Korean businesses consider Turkey safe for investments, indicating that they will continue to invest in the country while saying that more Koreans will come to Turkey in the upcoming period and make investments.

Cho was in Konya on Monday to attend the Anatolian Odyssey program, which was initiated in honor of the 60th anniversary of diplomatic relations between the two countries aimed at strengthening ties of cooperation and friendship between Turkey and South Korea.

Indicating that he has been in office in Turkey for three years, Cho said that the friendship between the two countries dates back many years.

Regarding the July 15 failed coup attempt, Cho said that Seoul completely supports Ankara: "We stand with the government that was chosen by the Turkish people. No military coup or attempted coup is acceptable. There is no way to accept the coup attempt which took place on July 15. The attempt to overthrow the elected government is unacceptable."

Initiated by the Turkish Exporters' Assembly (TİM), the Export Compass Program, which includes 10 countries, began with the Route: South Korea event. Indicating that many Korean companies such as Hyundai, Samsung and LG have made big investments in Turkey so far and have benefited from the move, TİM Deputy Chairman Mustafa Çıkrıkçıoğlu said they expect more Korean companies to invest in Turkey.

Speaking at the opening ceremony of Route: South Korea, Mustafa Çıkrıkçıoğlu said that Turkey has to conduct further foreign trade with South Korea, one of the three countries that makes the biggest investments in 5G technology in the world. "Our exports in 2016 stood at $518 million, while imports totaled $6.4 billion. A system in which one side is constantly winning is not sustainable. So, we should increase our mutual investments."