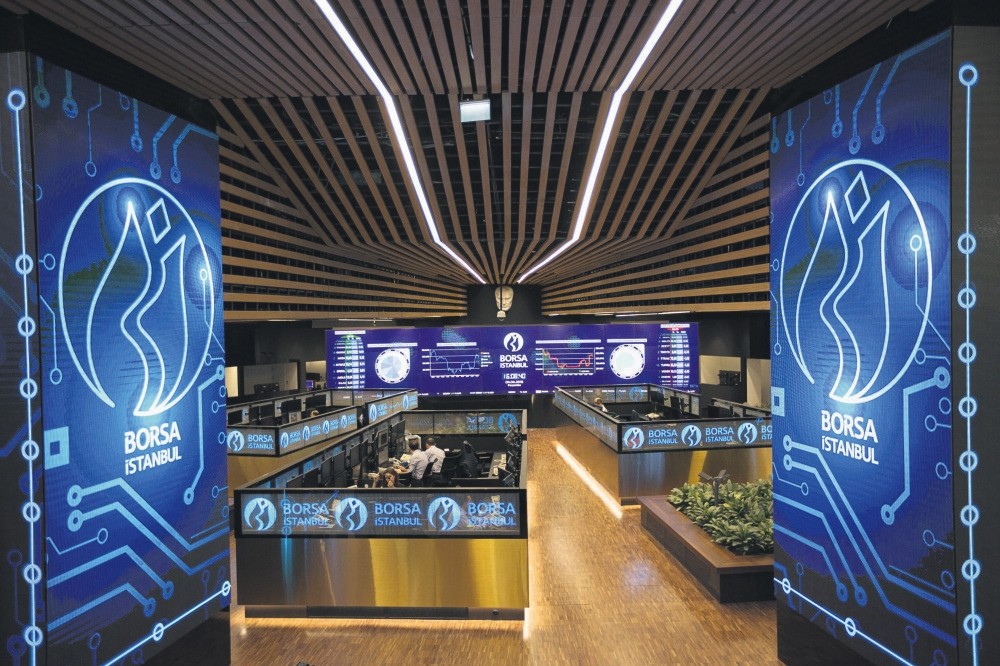 Maintaining its upward trend in the past eight months, the BIST 100 index saw a 45.3 percent increase in yields during the same period, with a higher performance than other major stock exchanges

The Borsa Istanbul stock exchange's main BIST 100 index in July continued its upward trend which began in December 2016. For the first time since July 2007, the index has been on the rise for eight successive months, recording an increase of 45.3 percent in yields during this period.

The BIST 100 index, which has surpassed the world's major stock exchanges, including those founded in Germany, the U.S., the U.K. and Japan, with its performance displayed since the beginning of the year, has maintained its yield-based leadership in July. The index, which recorded an increase of 7.06 percent in July, was followed by the Dow Jones index in the U.S. and the FTSE index in the U.K., which saw an increase of 2.54 and 0.81 percent, respectively. On the other hand, the DAX index in Germany and the Nikkei index in Japan ended July with a devaluation.

In addition, in the January-July period, it was seen that the BIST 100 index performed better than both the major world stock exchanges and emerging market stock indices. The index, which saw an increase in value of 37.6 percent when compared to the 2016 closing, was followed by the Dow Jones index with a 10.76 percent increase, the DAX index with 5.55 percent, the Nikkei index with 4.55 percent and the FTSE index with a 3.21 percent increase. The MSCI EM index, a benchmark for developing country stock markets, yielded 23 percent.

Emek Can Ümüt, a research manager at Meksa Yatırım, stated that the BIST 100 index continued its rise for eight months, indicating that the rise since the beginning of the year exceeded 37 percent.

Moreover, Ümüt, said that the figure of the MSCI emerging market (EM) index, which saw an increase of 23 percent, revealed that the BIST 100 index positively diverged from the major global stock exchanges.

"Funds have continued to flow to developing countries since the beginning of the year. Especially the funds in search for higher returns are showing preference for countries with higher interest rates. As a result, the domestic markets are affected positively. The risk appetite on a global scale is also considerably high.

In this respect, stock indexes, which are in the status of risky assets, are in demand. We see that new record levels have been tested nearly every week in parallel with the Standard and Poor's (S&P) 500 index in the U.S., which has risen nearly 11 percent since the beginning of the year," he said.

Ümüt also said that some profit sales could be seen in the BIST 100 index, which is technically testing new records with 108,600 levels. "The 109,500-110,000 range is especially at a critical threshold in the short term. The realization of profit sales is normal after reaching these levels."

"We think that a new local or global story should be formed for pricing over 110,000 in the short term. For now, the downward movement from the 107,500 support level could trigger profit sales. In this case, even though we follow the 107,000 intermediate support level, I think that the loosening of liquidity down to the 106,000-105,500 range could be observed," he said.

Gedik Investment Consulting Director Erol Gürcan said that a quite serious change has taken place in terms of the global stock markets, following the election of U.S. President Donald Trump in November 2016.

Indicating that it is possible to say that President Trump's promises, especially regarding tax cuts, coupled with expectations for increasing global growth are the main driving factors in the aforementioned rally movement.

"Borsa Istanbul was at the fore among leading stock exchanges in the global rally. One of the most important reasons for this is, while the BIST 100 index has remained relatively cheap compared to similar developing country markets in recent years, the steps taken by policy makers to support economics and financial markets have also played a significant role. In particular, we can say that the Credit Guarantee Fund (CGF), which became active as of March, has had a serious influence on the upward trend observed so far," he said.

As of the rest of the year, Gürcan said that positive developments are reflected in a significant amount of pricing and that the KGF, which plays an important role in this upsurge, is slowly reaching saturation, indicating that although the BIST 100 index continues to be at a discounted price compared to similar country markets, the search for a new story for the rest of the year may slowly come to the forefront.

Gürcan also noted that developments such as the highly anticipated 180-day action plan, the details of which await publication, the increase in the limit of the Credit Guarantee Fund, the making of arrangements to support company profits and the possible tax reduction in the short term could contribute positively in this sense. Gürcan said that if the current upward trend is preserved and the current historical peak level of 108.605 is broken, the index could rise to the 110,000-112,000 levels.