Simmering tensions between US and North Korea pressure global markets 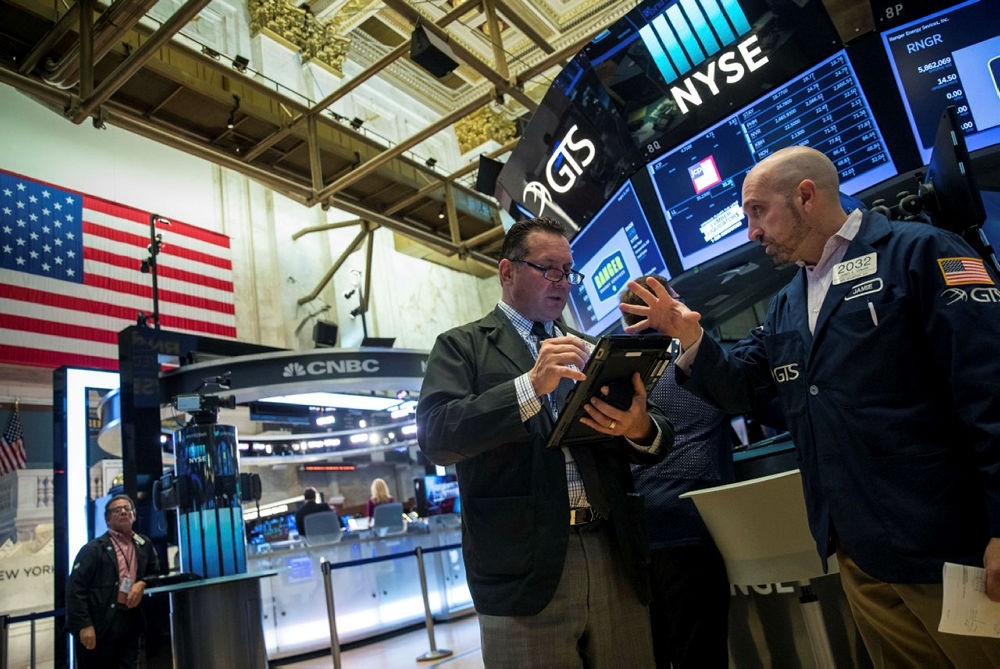 European and Asian equity markets were mostly lower Friday on the back of simmering tensions between the United States and North Korea, but firmer prices on Wall Street helped put a floor under the losses in Europe, dealers said.

Traders' screens were in the red in Asia and much of Europe as investors fled to safe haven assets after US President Donald Trump doubled down on his North Korea rhetoric.

But in the US, Wall Street stocks rose as investors waded back into the market following a three-day sell-off, with high-flying technology companies like Apple and Microsoft doing especially well.

The US gains helped limit the losses in Europe.

The tentative gains "suggest that the headline shock value pertaining to the US-North Korea standoff is starting to dissipate, which is to say actual action will now speak much louder than words," said Briefing.com analyst Patrick O'Hare.

"Although there is all this rhetoric, there is a general feeling we are not going to come to war," said Karl Haeling of LBBW.

Nevertheless, the geopolitical uncertainty looks set to continue, dealers said, following Trump's fresh warning Friday that the US military is "locked and loaded" in the event of a misstep by the totalitarian state.

Paris and London both lost about one percent, while Frankfurt was flat.

With Japanese markets closed for a public holiday, Hong Kong led the downward charge in Asia-Pacific as the Hang Seng lost more than two percent.

Gold, a classic safe haven asset, was trading at around $1,292 per ounce, up more than two percent this week and near a nine-week high.

The dollar pulled back against the euro and other currencies after the Consumer Price Index rose a tame 0.1 percent in July.

"The cooler CPI figures this morning follow similarly lower than expected wholesale price data yesterday and together, have highlighted the extremely benign inflation backdrop that has reduced expectations for Fed lending rate hikes in the months ahead," said Omer Esiner, an analyst at Commonwealth Foreign Exchange.

"The market reaction was swift and decisive with the dollar and yields falling to lows across the board."