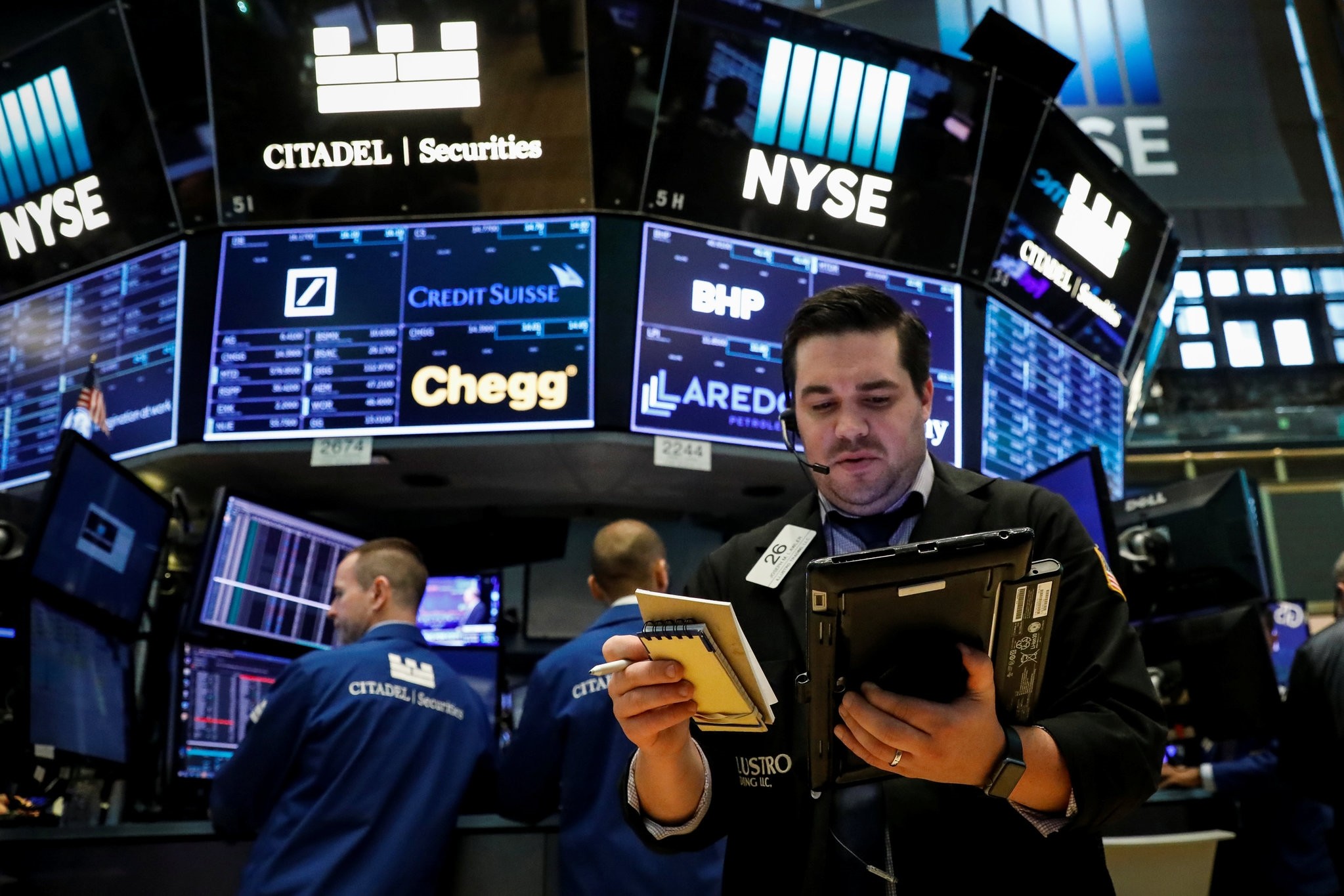 Stocks on Wall Street fell, the dollar sagged and rates on Treasury debt slipped on Wednesday after U.S. President Donald Trump's threat to shut down the government and nix a trade accord with Canada and Mexico rankled investors.

European equities shrugged off a survey that showed euro zone manufacturing businesses in August had their best month of growth in six and a half years.

The upbeat survey was the latest sign of economic recovery in the single currency bloc, which could encourage the European Central Bank to start scaling back its stimulus program.

Trump's comments at a rally in Phoenix on Tuesday came as lawmakers face a deadline in late September to raise the U.S. debt ceiling or risk defaulting on debt payments.

Fitch Ratings said a failure to raise the federal debt ceiling in a timely manner would prompt the credit ratings agency to review the U.S. sovereign rating "with potentially negative implications."

How much emphasis to put on Trump's remarks is hard to say, said John Canavan, market strategist at Stone & McCarthy Research Associates in New York.

"It's largely dependent on Congress to keep the government open. You can't entirely discount his comments, but based on the history of his off-the-cuff comments, you can't take them as policy stance," Canavan said.

MSCI's gauge of stocks across the globe shed 0.08 percent and the pan-European FTSEurofirst 300 index closed down 0.51 percent. Stocks closed higher in Asia.

Dovish comments by ECB chief Mario Draghi had little market impact though investors were keeping a close eye on monetary policy a day before the start of a central bank symposium in Jackson Hole, Wyoming.

Neither Yellen or Draghi is going to tip their hand on the future of monetary policy tightening in their speeches, said Michael Arone, chief investment strategist at State Street Global Advisors.

"It's going to be somewhat of a non-event, even though we'll all have our eyes glued to what comes out of there," Arone said. "The most exciting thing about Jackson Hole this week is probably going to be the fishing."

The euro was propped up by strong German and French PMI survey readings, though analysts warned its gains could be short-lived due to concerns about heavy one-sided bets.

Sterling fell below $1.28 for the first time since late June. Concerns about Britain's economic prospects and the Brexit process encouraged investors to push the pound lower.

"To the extent that equities are reacting to last night's speech … you can say that's bleeding now into fixed-income," said Jim Vogel, an interest rate strategist at FTN Financial in Memphis.