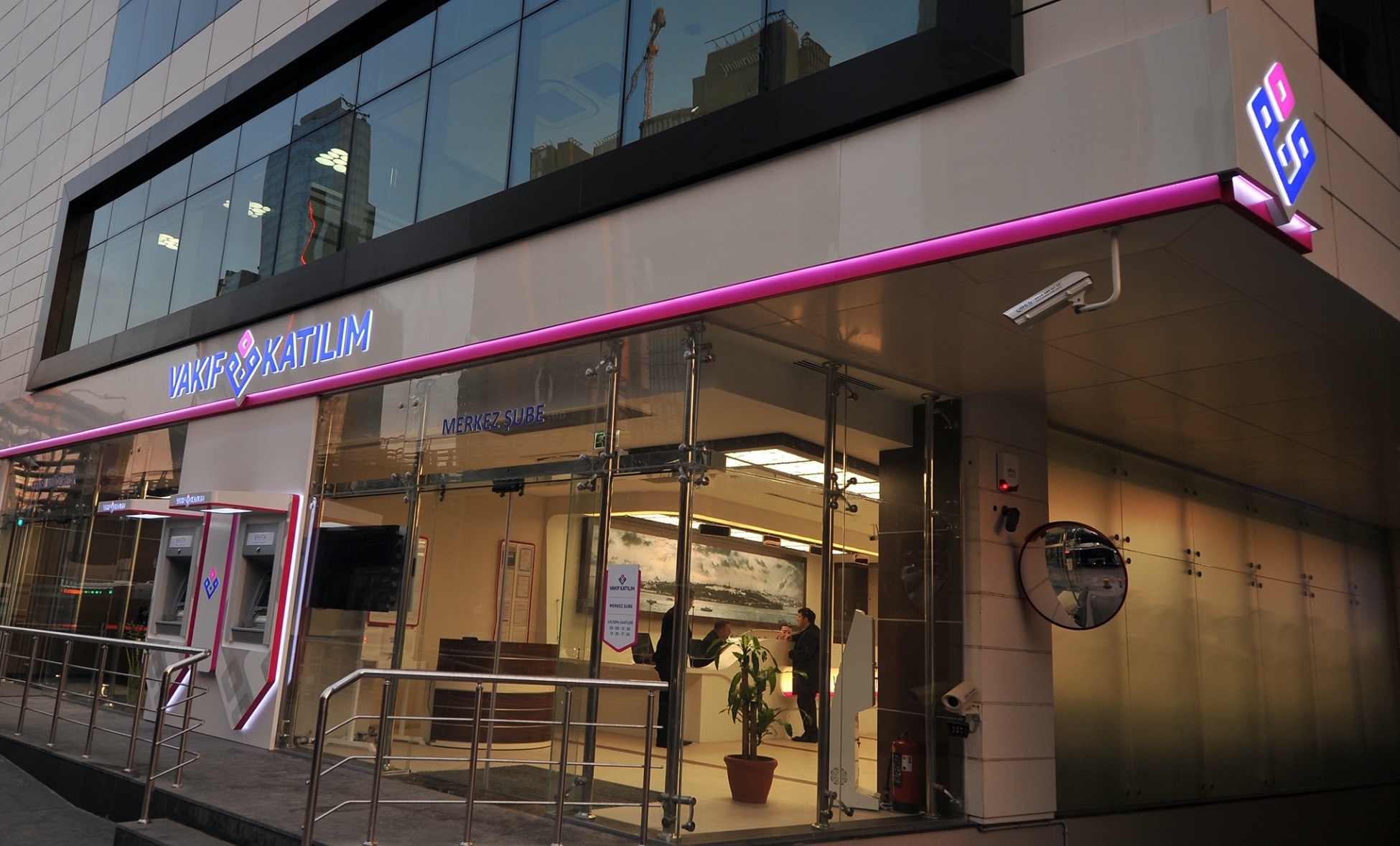 The total assets of participation banks saw an increase of 7.7 percent compared to the end of last year, exceeding TL 143 billion.
by Daily Sabah with AA Aug 30, 2017 12:00 am

Participation banks achieved a profit of TL 769 million (around $223.29 million) in the first half of this year with an increase of 36 percent compared to the same period in 2016.

In the first half, the net profit of the sector increased by 36 percent, rising from TL 566 million to TL 769 million, compared to the same period in 2016.

Utku stated that the participation banks announced a net profit of TL 769 million as of the first half of the year.

Pointing out that as of the end of June, the amount of funds they collected in terms of the participation banking sector increased by 11.3 percent to TL 94.3 billion compared to the same period of the previous year and that the amount of funds used increased by 7.6 percent amounting to TL 95.2 billion in total, Utku said with the effect of fast branching of the two new banks joining in the sector, the total number of branches reached 990 and the number of employed personnel reached 14,610.

"I think that considering the stabilization of the country's economy and the political side, participation banking will grow faster in the upcoming period," he added.

Utku said that they reached TL 36.9 billion in non-cash loans with an increase of 3 percent compared to the end of 2016.

Utku stated that there is a major increase in profitability, not only in the participation banks but also in the entire sector, stressing that in the first half of 2017, the Treasury-backed Credit Surety System, known as the Credit Guarantee Fund (CGF) in the market, made significant contributions to the sector.

"In the CGF system, which has a total volume of TL 250 billion, the amount that has been used up to now is around TL 200 billion. This is one of the areas that have the greatest impact on profitability," Utku said.

Noting that the implementation of regulations that financially ease the banks affects the profitability of the banking sector positively, Utku underlined that the inclusion of state's two new participation banks in the system has played an important role in reaching these profitability and growth figures.

Utku pointed out that the ratio of the participation banks' profit to the average equity was 6.67 percent in the first six months proportionally and 13.34 percent when annualized, recalling that these rates were 8.81 percent and 16.62 percent, respectively, in the banking sector in the first half.

"We can say that these ratios were lower in the previous couple of years and increased as a result of incentives this year. I also need to mention that both the participation banks and the majority of the profits in the sector are added back to the equity capital and brought into the economy," Utku noted.

'Growth will gain momentum with support of new players'

Utku stated that they, as participation banks, aim to increase their shares to 15 percent in 2025.

"I believe this will be potentially reflected in 15-to-20 percent, but that is not something the banks alone can do. It is necessary to think of this potential with a serious transformation in the Turkish economy," he said.

Stressing that the Capital Markets' Board, Borsa Istanbul stock exchange and foreign investment agencies should step in and Istanbul should be a financial center, Utku said that there is a distance to be covered on the side of legislation, infrastructure, products and communication.

"Based on the assumption that all these things will be realized, we set a target of 15 percent. Hopefully it will happen. We remain hopeful. There might be some delays in the dates, but we see this potential," he added.

Indicating that it is possible for Turkey to be an interest-free financial center and that Islamic finance has reached a size of around $2 trillion in the world today, Utku said that the product range is expanding and its aspirants are increasing.

Utku said that they can reach an asset size of TL 160 billion by the end of the year as the participation banking sector, with a growth of around 20 percent. The PBAT chairman explained that the participation banks make great contributions to the efficient use of capital in Turkey as well as the smooth functioning of the financial system, providing many benefits such as the evaluation of assets, establishment of a trust environment, providing support for entrepreneurs and the facilitation of transactions and transfers.

Citing that participation banking offers three positive contributions to the Turkish economy because of its distinguishing characteristics, Utku informed that regarding the penetration of the financial sector in Turkey, it can be see that it has not contributed significantly to the economy. He added that one of the reasons for this is interest sensitivity because the interest-sensitive segments of the society are shifting towards alternative investment instruments such as real estate, gold and foreign exchange.