Around 10,000 UK finance jobs to be affected in Brexit's first wave 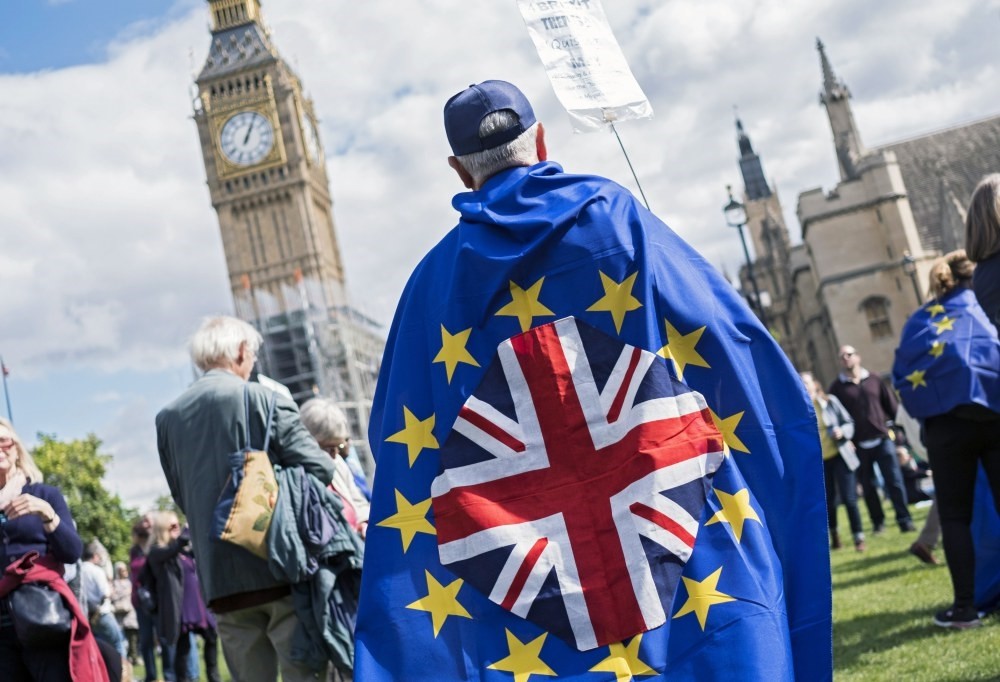 The latest survey carried out by Reuters showed that approximately 10,000 finance jobs in the U.K. would be affected in the next couple of years if the country is denied access to Europe's single market

Around 10,000 finance jobs will be shifted out of Britain or created overseas in the next few years if the U.K. is denied access to Europe's single market, according to a Reuters survey of firms employing the bulk of workers in international finance.

Frankfurt was by far the most popular destination for the new roles, the survey showed, with Paris a distant second.

The results from 123 firms came from the first comprehensive public survey to ask the biggest banks, insurers, asset managers, private equity firms and exchanges in Britain about the specific details of their plans so far in case of a so-called "hard" Brexit.

Canvassing was conducted by email and telephone interviews between Aug. 21 and Sept. 15, weeks after companies submitted detailed plans on their Brexit preparations to the Bank of England as required on July 14. The Bank declined to comment on the results of that survey.

Nearly half of the companies surveyed told Reuters they would have to move staff or restructure their businesses because of Brexit, which is due to take place in March 2019. Another third said it would have no impact, and the remainder said they were still deciding on their plans or declined to comment.

The number of jobs to be moved or created overseas was based on answers from 39 companies employing at least 350,000 people. About 1.1 million people work in Britain's financial sector.

The findings suggest that the first wave of job losses from Brexit may be at the lower end of estimates by industry lobby groups and firms, which could mean London will keep its place as the continent's top finance centre, at least in the short term.

Most respondents said bigger moves could be in store in a decade or more, however.

"If it is going to happen it won't be in one big bang," said a senior executive at one of Europe's largest banks, which took part in the survey. "There will be a slow drain of jobs from London over a number of years."

The survey also suggests some financial institutions may be delaying decisions, hoping a soft Brexit can be negotiated in talks currently going on in Brussels. BoE Governor Mark Carney has specifically warned companies against that approach, saying it's important to start planning now.

"So firms are finding it hard to land on precise plans."

London's future as Europe's premier financial hub is one of the biggest issues in Brexit talks because the sector is the U.K.'s biggest source of corporate tax revenue.

For its survey, Reuters approached 158 of the largest and most internationally focused financial firms in Britain and received responses from all but 35.

Those included the 20 investment banks that earned the most fees from investment banking in Europe, the Middle East and Africa in 2016, according to Thomson Reuters' data.

Many participants gave only partial answers to the survey questions, however, and some asked not to be named and for their data to be used only in aggregate.

The number of workers employed by the 75 organizations who provided their staffing numbers added up to 484,578, the bulk of employees in the internationally focused financial sector.

The 39 who gave information on their Brexit staffing plans included many of the companies most likely to be affected by losing the EU financial "passport" mechanism because London is their base to sell services across the EU.

The survey indicated 9,777 banking roles would be affected. Many of those would be shifted out of the U.K., but some would be new roles in Europe, resulting in a period of duplication, the executives surveyed said.

Insurance companies said they planned to move or create about 98 jobs overseas and the asset management sector 311 roles, the survey showed.

U.S. and British banks would see the biggest impact because many use London as their EU investment banking base, which has increased in importance since the 2008 global financial crisis, when banks tried to simplify their international structures into a few main hubs.

The impact on Spanish, Italian and Dutch banks was muted because they don't use London as a hub and have less of a focus on investment banking, the survey showed.

Japanese lenders such as Nomura, Daiwa Securities and Sumitomo Mitsui Financial Group plan to set up subsidiaries in Frankfurt, according to the survey. One said it planned to move about 100 jobs, but asked not to be identified.

Bank of America and Credit Suisse, two of the biggest investment banks in London, declined to say how many jobs would be affected. But BofA did say it would pick Dublin as its EU hub if there was a hard Brexit.

Most in the financial industry picked Frankfurt as their preferred place to put jobs, with 5,470 roles, most of which are the up to 4,000 anticipated moves from Deutsche Bank.

The true impact of Brexit will only become clear in ten or twenty years because most firms are implementing a two-stage contingency plan, senior executives in London said.

The first phase will involve relatively small numbers to make sure the requisite licences and infrastructure are in place. The next will require longer-term thinking about what the companies' European business will look like.

The final impact will also depend on the details of the Brexit deal, Europe's economic growth and whether Frankfurt and Dublin prove to be successful alternatives to London.

Previous forecasts for jobs losses in a hard Brexit scenario have ranged from about 30,000 jobs estimated by the Brussels-based Bruegel research group in February to up to 75,000 by Oliver Wyman in October and as many as 232,000 by London Stock Exchange chief executive Xavier Rolet in January.

The Bruegel estimate was for a three-year period starting from when divorce proceedings were formally triggered in March, according to Dirk Schoenmaker, an author of the report. The Oliver Wyman forecast is up to 2022.

The London Stock Exchange forecast is up to 2024.

Some politicians, financiers and academics say bankers have exaggerated the threat to the economy from Brexit.

"Brexit presents an inconvenience to their operations but also an opportunity to wrangle tax and rule changes to stay," according to Robert Jenkins, a professor at London Business School and a former Bank of England policymaker.

"They will play this for all it's worth."

Several banks have heavily scaled back their estimates compared with a year ago.

JPMorgan, for example, is currently planning to move fewer than 1,000 roles, whereas before the Brexit referendum the bank had said about 4,000 jobs might be at risk. Paul Venables, the finance director of Hays, the largest recruiter for financial services in the City, said the job market for financial services in London is gradually improving. "Where there's been a lot of public pronouncements from the banks, we've seen very little action, we're not seeing a large number of jobs go outside of the U.K. to Europe," he said. "We're beginning to see tentative signs of that market returning to normalcy."