Africa fund to be launched to support Turkish investments in continent 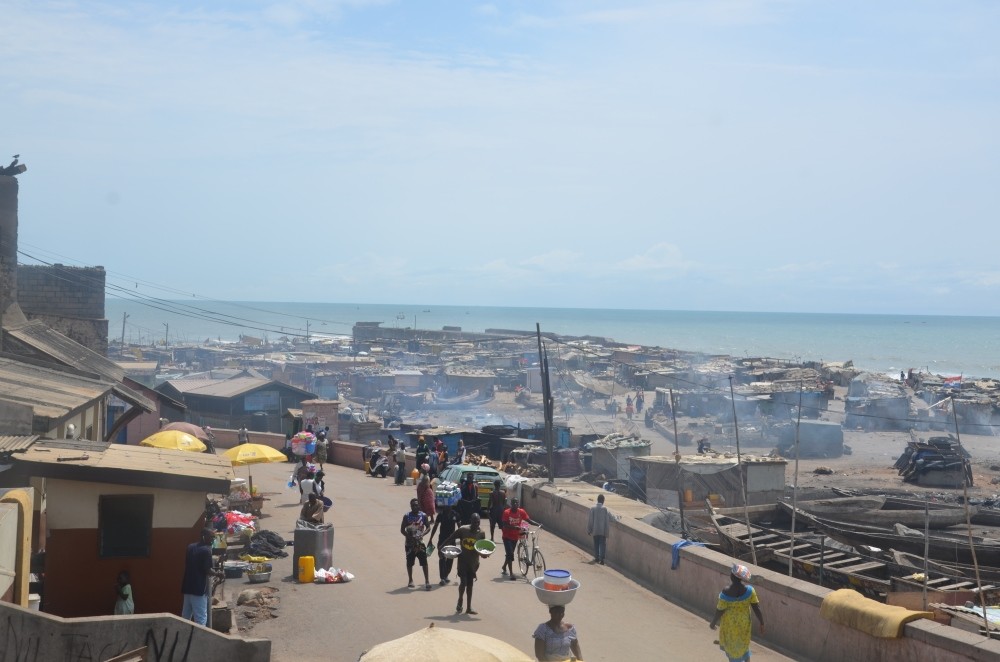 The government is reportedly carrying out works to establish an Africa fund, which could provide support, encourage and pave the way for Turkish investors to invest in the African region

Turkey has accelerated its search for alternative markets due to political fluctuations in neighboring countries, and the country is set to provide assistance and encourage Turkish investors to invest in Africa, which is among the world's most virgin markets.

The Turkish government has set off on a quest to find a new formula for investors who confront difficulties in getting loans from the country's Eximbank due to the Organization for Economic Cooperation and Development (OECD) regulations.

It has therefore started to work on establishing the Africa fund after examining the Chinese and Indian models. In an exclusive interview with Daily Sabah and its sister newspaper Sabah, Turkey's Ambassador to Ghana, Nesrin Beyazıt, said China and India have established a special fund in order to pave the way for their businessmen in Africa and they support investments in the region through that fund.

"We are also working on a similar project in Turkey. We are looking at these models and trying to develop new methods in order for our business people to invest in Africa," she said.

Indicating that the market was shrinking due to the political developments around Turkey, Beyazıt also said alternative markets should be established.

Africa is a future market, and it offers great potential for Turkey, she said.

visible and stronger in Africa

Beyazıt said Turkey has become stronger and more visible in Africa over the past five years, but it is not enough. Ghana's new government took office in January, and it attaches great importance to relations with Turkey, said Beyazıt. "On all occasions, this government expresses that it sees Turkey as an important development partner and expects investments. One of the government's election promises was to set up factories in each region. In this context, they invite Turkish investors," she said. Underlining that investments could be carried out in many fields in Ghana, Beyazıt said: "Ghana's demands from Turkey are investments, especially in agriculture, education and health care. In this framework, the Ghanaian government is promising it is ready to provide incentives such as land supply, infrastructure and tax reduction."

The trade volume between Turkey and Ghana is over $480 million, and this volume is aimed to be raised to $1 billion by 2020, the ambassador said.

Stating that at the present time there are very important Turkish investments in Ghana, Beyazı said: "One of Ghana's biggest problems is energy. Karadeniz Holding has an energy ship. Aksa energy built a thermal power plant last year and put it into action. Around 35 percent of the country's electricity needs are provided by these two companies. This is a strategic support we provide. Another project is the investment in a water treatment plant, the first project supported by Eximbank in Ghana. The project, carried out by the Arda Group, is being put into action with an investment of $165 million. The project has been completed to a large extent and will be delivered at the end of the year."

Beyazıt also said the water in central and eastern Ghana will be cleaned, saying: "This project will provide 2 million people with clean water. There is a request from the government of Ghana for the second and third leg of this project. In addition to this the international airport of Ghana is being constructed by Turkish MNG Holding's Mapa İnşaat company. Also, the largest mosque in Ghana, the Accra National Mosque, is being built through a Turkish foundation. Turkey is very visible here, but we need to increase this potential even further," she said.

Furthermore, providing information on the fight against the Gülenist Terror Group (FETÖ) in Ghana, the ambassador said the current Ghanaian government told them that they know the importance of the Republic of Turkey, that they would never prefer the Republic of Turkey to another structure and that they want to develop and strengthen relations with Turkey. "We are gradually resolving our fight against the organization in cooperation with the government of Ghana," said Beyazıt.

Nesrin Bayazıt, who is also the ambassador to Sierra Leone and Liberia in sub-Saharan Africa in the framework of Turkey's policy of opening to Africa, also gave information about the trade volume with these countries. "We have a trade volume of $74 million with Liberia and around $45 million with Sierra Leone. These figures do not reflect the real potential, we are working to enlarge this potential further."