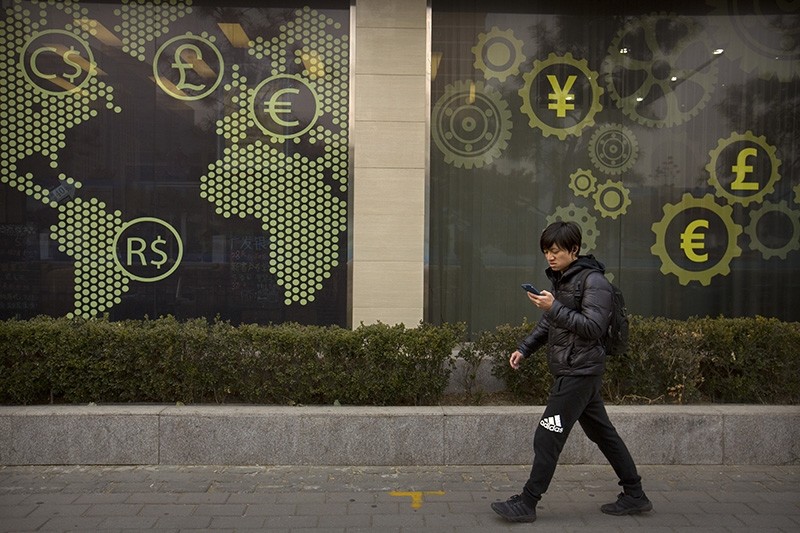 The dollar suffered fresh losses Thursday as Asian investors followed their New York counterparts in shifting out of the unit, unmoved by another interest rate hike and an upbeat assessment of the world's top economy.

The greenback sank after the much-anticipated central bank meeting, which provided little to excite buyers, despite tentative hopes U.S. lawmakers are on course to push through market-friendly tax cuts.

The Fed lifted borrowing costs as expected and said economic growth would be stronger than initially forecast, while inflation would also improve. It also said its projections for three more rate rises next year were on course.

"The improved view in 2018 may be driven by tax reform, which will not have a long-lasting impact."

A below-par reading on inflation added to selling in the dollar, which retreated against most other currencies in New York. It fell through the 113 yen mark, while the pound was above $1.34 and the euro broke $1.18.

And in Asia it continued to struggle, while the Australian dollar surged 1.5 percent against the greenback, supported by a better-than-expected jobs reading from Canberra. There were also healthy gains for the South Korean won, South African rand and Mexican peso.

The Turkish lira came in at 3.82 to the dollar Thursday, a significant improvement to last month's record low of 3.97.

Adding to nervousness among traders was the Republicans' shock loss in the Alabama senate election, which narrowed their majority to just two – fueling concern that Donald Trump will struggle to push through many of his promised reforms.

However, there is hope his much-vaunted tax cuts will pass through before the Democrats' newest senator takes his seat.

Reports said Wednesday that Republicans in both chambers of Congress had reached an agreement in principal on the massive tax bill, setting the stage for its final passage next week.

Oil prices edged up but only made a small dent in Wednesday's losses, which came despite another report showing U.S. inventories had fallen.

"That suggests a lot of, perhaps all, the current news about tightness in the oil market is already priced," said McKenna.

There are also worries that an output cap agreed by major producers in OPEC and Russia could be lifted next year.